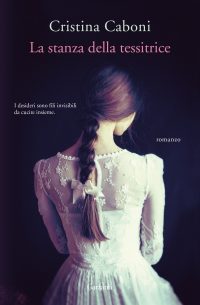 Success after success, Cristina Caboni has become one of the most beloved Italian women writers by the press and by readers. Following The Secret Ways of Perfume, The Secret Language of Honey, The Garden of Secret Flowers and The Binder of Lost Stories, bestsellers that continue to remain in the lists, here is a new novel about the importance of following one’s own desires and intuitions.

Camilla observes the old material the dress is made from, almost afraid to touch it. But afterwards, it’s as if it were the material itself guiding her towards the secret it hides: a tiny bag sewn inside, containing a message – a good-luck wish for a happy life. Marianne, who was a mother to her while she was growing up, told her that this was a special dress. And it’s the only clue to finding the sister she has never known. Camilla has never seen anything like it but she does know the legend of Maribelle, a stylist who was famous at the time of the Second World War as the “Weaver of Dreams”. In her clothes, were hidden the hopes and desires of the women who wore them, because for her that was what fashion was: an emotion to be worn.

Just as it is for Camilla, who adores clothes that conceal secrets and dreams of bringing them to life again. Maribelle is a figure that has always fascinated her: it is said she died in a fire in her Paris studio, surrounded by her creations. Camilla doesn’t know what link there is between Maribelle and the sister she wants to trace. But she does know she’s ready to do anything to discover it. She feels her intuition is right: Paris is the place to begin her search; materials, fabrics and sketches are the path to follow. A winding path, as complicated as all the threads in a warp and weft coming from far away. Because there are mysteries to solve at every turn. Because Maribelle fought for her own ideas. Because, for Camilla, following in her footsteps means delving inside herself, where there beats a heart that even the sharpest needle cannot harm.

Cristina Caboni is one of the most prestigious and highly esteemed voices on the Italian literary scene. Through her novels, such as, amongst others, The Sercet Ways of Perfume and The Binder of Lost Stories, she finds her way straight into the reader’s heart. Now she is back with a book in which the threads of past and present are interwoven. Where the garments are full of secret meanings. Where the fates of two women meet, fearlessly, to release a flight of dreams. 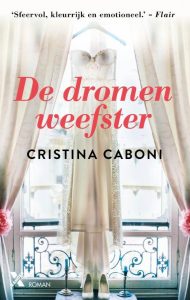