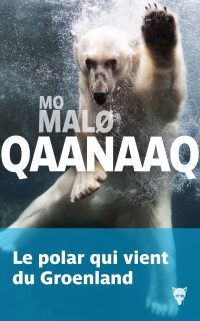 A political and ecological crime novel set in Greenland. Exotic. A book to read with a map just in front of you. A book to devour. — Les Echos

The perfect book to hibernate with, even in the middle of summer — Avantages

Everything looks appetising in this first polar. — Le Point

A breathless walk on the ice floe. Do not turn back, a bear is on your tail. — TV Star Games

I loved this book. He goes off the beaten track, he unnerves us, makes us discover a whole universe. — Sonia Boulimique

A thick blanket of snow, motionless icebergs, crepuscular light: life in Greenland seems peaceful enough. But beyond the landscapes’ virginal snow lies tension between the natives and the settlers and the threat of inherent danger. When a series of unexplained murders occurs, a Danish inspector of Inuit descent is dispatched to the scene. His name? Qaanaaq.

Qaanaaq Adriensen, an expert in criminal cases in Copenhagen, is sent to investigate a strange series of murders. But not just anywhere. On the Greenland ice sheet, a disputed territory fought over by several nations, the bodies of four workers have been found in shreds. It is winter, when daylight never comes. Not easy to see things clearly. Especially for Qaanaaq. Having renounced his Inuit ancestry, returning to his country of origin brings back ghosts from the past.

Faced with polar bear hunting and snowstorms, Qaanaaq discovers that Greenland is anything but a white desert of calm and serenity. The isolation, harsh climate and tensions between the natives and the European ‘settlers’ reveal another side to the snow. In sharp contrast to how we imagine the land of ice.

Born in 1968, Mo Malø has written several books under different names. He lives in France. Qaanaaq is his first crime novel. 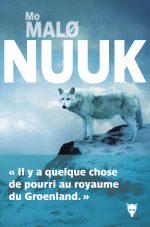 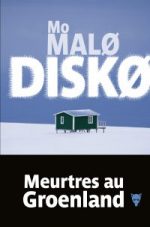