Sleep Against my Heart Tonight 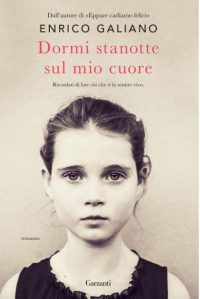 Sleep Against my Heart Tonight

The teacher who has given a voice to a whole generation of adolescents. For the press and television, he is a key figure. Following his bestsellers Eppure cadiamo felici, Tutta la vita che vuoi and Più forte di ogni addio, a new book is ready to make its mark.

Mia knows she can always count on Margherita, her primary school teacher, who over the years has also become her best friend. In the odd notebook Margherita keeps at home in a drawer, are noted down a host of little marvels, which are also big answers. She was the one to explain that a tortoise’s heart beats six times a minute, and that of a humming bird six hundred. And that therefore every heart keeps its own time.

But there’s one question Margherita can’t answer: « Why has Fede gone away? ».

Fede is the boy Mia’s family is fostering. Fede didn’t want to talk to anyone but chose her as the only person to confide in. Through song lyrics, Fede taught her things she had never known. Fede held her in the first embrace she had felt safe and really happy in. Fede listened to her and understood her better than anyone else. Since she no longer has news of him, Mia can’t bring herself to approach people or even brush against them. Whilst the world and history pursue one another and interweave, she has shut herself inside a shell that is harder than steel. And she doesn’t want to come out again.

But if you don’t face up to an enemy, there’s the risk of it becoming stronger and stronger, even invincible. If you don’t move beyond appearances, you don’t discover the reality behind them. Even if trying to takes enormous effort; even if it takes a long time. Because, as Margherita says, every heart keeps its own time: it doesn’t matter who gets there first, it’s enough just to enjoy the road leading to the target. 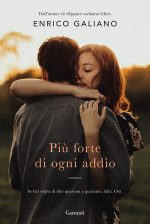