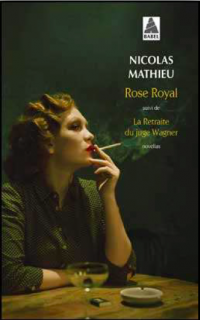 Judge Wagner has little else to do but drink and constantly revisit the triumphs of the past: the major criminal and terrorist cases in which he excelled a decade ago. And this is what he is doing on one particular day in the Alsatian town of Colmar, drinking at a Christmas market and maintaining a sceptical distance from the festivities, the twinkling lights and the odour of mulled wine. In the pocket of his overcoat is the reassuring Manurhin, a revolver that the authorities allowed him to keep for his own protection. In Corsica, the threats scrawled on the walls are a reminder that he made enemies in his work who will never forget for as long as he is still alive. On Christmas Eve as the judge is on his way to his sister’s, two kids in a souped-up orange Honda Prélude hold him up, and for a moment he is convinced that this dark vendetta is finally going to reach its climax on a B-road in the middle of winter. But his attackers, armed with a hunting gun, content themselves with relieving him of his wallet and his revolver.

The judge sees the incident as an opportunity to don his old investigator’s hat once again and track down the flamboyant orange vehicle. After a few days of online research into the little world of blowhards, would-be hoodlums and joint-smoking, scooter-riding teenagers, he manages to identify his two assailants, Rollo and Johann. He decides to make contact with the latter, who seems to be the more malleable and less stupid of the two, and a strange little relationship develops between this ageing magistrate with a liking for drink and a rather lost lad who lives with his grandparents, skips school and tries to get by with various little scams. Both get something out of it: a way of overcoming solitude, a favour given, the hint of a brighter future, and the chance to open a book to get some education. But one afternoon, Johann steals the Manurhin for a second time behind Wagner’s back in order to impress a girl – at the very moment when the Corsicans have decided to make good on their pledge.

Freely inspired by the remarkable career of Judge Thiel – the first to have brought a serial killer to justice in France (the Bastille killer Guy Georges) and one of the leading counter-terrorism magistrates – Judge Wagner’s Retirement paints the portrait of an ageing man who was brought low by political machinations but ultimately is still an honest and upright man. This novella in a noir register affords Nicolas Mathieu, the winner of the Prix Goncourt in 2018, the opportunity to retell the eternal story of an old man and a kid against a backdrop of car parks and B-roads, social media and an obsession with cars and bikes. 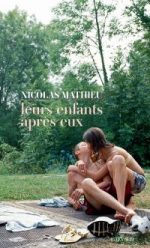