The Children Who Came After Them 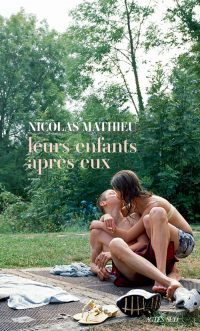 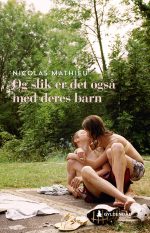 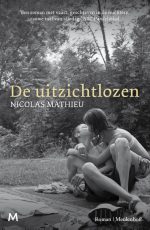 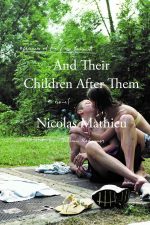 The Children Who Came After Them

“A page-turner…As suffused with local color as this book is, parallels with left-behind swaths of America (and England, and many other places, too) stand out on every page…It is easy to see why this novel, which arrives just on time and contains the secret history of the current political upheaval, would find such critical acclaim…I couldn’t put the book down. I didn’t want it to end.” — New York Times Book Review

“A masterly, far-reaching exploration of a de-industrialized country which ‘treated its families like a minor footnote to society.” — Times Literary Supplement

“A gritty, expansive coming-of-age novel filled with sex and violence that manages to be tender, even wryly hopeful.” — Kirkus Reviews

“Everything rings true in this portrait as personal as acid of the forgotten France of the 1990s.” — Paris Match

There is a sliding perspective in the novel … It gives a fantastic, almost cinematic flow to the story … Mathieu’s language, as it sounds in Henninge M. Solberg’s vivid and skillful translation, is both hard and soft. Mathieu has acknowledged inspiration from Louis-Ferdinand Céline and Annie Ernaux, which one can clearly see, in the extremities of his linguistic register: dialogue-driven and direct on the one side, vivid and thoughtful on the other. — Eivind Myklebust, Klassekampen

Mathieus’s novel can be read as a portrait of a rural France that soon won’t be found on the map anymore … the dialogue-driven story of young people’s fierce desires and dreams stands as a glorious pounding pulse in an otherwise rather cerebral French literature – something that also confirms the high quality of the translation. Read next to Nathalie Quintane’s depictions of the middle class, Nicolas Mathieus’ Og slik er det også med deres barn draws a striking social and political map of the French community right now. — Margunn Vikingstad, Morgenbladet

Nicolas Mathieu draws a good portrait of a small French town where little happens after the factory is shut down … In many ways one can call this coming of age-novel a French Beatles [the most famous and loved Norwegian coming of age story ever written], but with greater political depth and more violence. — Ingvild Bræin, Dag og Tid

August 1992. One afternoon during a heatwave in a lost valley somewhere in eastern France, with its dormant blast furnaces and its lake.  14-year-old Anthony and his cousin decide to steal a canoe to find out what it’s like on the other side at the famous naturist beach. The trip ultimately takes Anthony to his first love and a first summer that will determine everything that happens afterwards – the drama of life starts for him here.

In this book, Nicolas Mathieu conjures up a valley, an era, adolescence, and the political journey of a young generation that has to forge its own path in a dying world. Four summers and four defining moments, from Smells Like Teen Spirit to the 1998 World Cup, which capture the hectic lives of those living in that intermediate France of the medium-sized cities and their quiet residential estates, astride the countryside and the concrete expanses of the outer suburbs.

It is also the portrait of a France far-removed from the centers of globalization, alternating between decency and rage. A France where almost everybody lives, and which many people would like to forget.