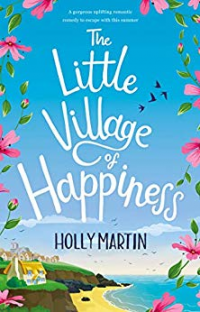 Standalone, but features the same setting as in The Gift Of Happiness

Willow McKay needs a fresh start. Her recent break-up may not have left her heartbroken, but it’s certainly wounded her pride. Desperate for a change, an advert offering free homes in a picturesque village on the Cornish coast sounds like just what she needs. Without thinking twice Willow packs up her life and heads to the village of Happiness.

But when Willow arrives, she finds ramshackle cottages, shops lying empty and villagers that seem in need of cheer themselves. It’s nothing like the pretty picture the advert had boasted. It seems Happiness was too good to be true. That is until she meets the handsome estate manager Andrew Harrington.

His passion for restoring the village to its former glory is contagious and soon they are working together, forming a secret society to bring happiness back to Happiness. And as sparks fly between them Willow can feel herself falling. But Andrew is holding something back.

Will they succeed in transforming the old village to its original beauty before it’s too late? Can the gift of happiness really save a village, and can it save Willow herself?

Standalone, but features the same setting as in The Little Village Of Happiness

Christmas has always been such an important part of Ruby Marlowe’s life and at a time of year that always holds so many memories, Ruby likes to throw herself into the magic of the season head first. So when she is offered the opportunity to open a year-round Christmas shop in the little village of Happiness it seems like a dream come true.

Accepting the offer has absolutely nothing to do with sexy Jacob Harrington, the sculptor she had a fling with in the village during the summer.

After all, Jacob is known to love the ladies and has never had a commitment. Ruby, on the other hand, made the ultimate vow of love and suffered heart-wrenching loss in return. She vows she will never be committed to a man again.

But when fate throws Ruby and Jacob together in this town in the most magical of seasons, will more than snowflakes fall? As the Christmas celebrations get underway and Ruby tries to spread her own Christmas magic over the little village, can love sparkle and come back to life? 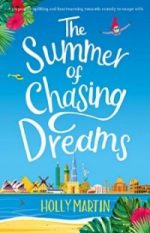