The Wolves of Venice 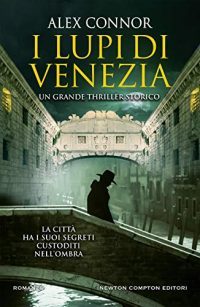 The Wolves of Venice

“Spectacular. It conquers and seduces the reader. Sensational” — Matteo Strukul

The Wolves of Venice is set in 16th Century Venice and it brings in real life characters like the famous artists Tintoretto and Veronese; Pietro Aretino, author, literary pornographer, the scourge of Kings; and the Doge, giving truth to Venetian history.

The harsh lives of the traders, the whores, the slaves and the Jews in the newly established ghetto contrast with the brilliance and staggering wealth of Venice and the opportunistic merchants coming from all corners of the world to make their fortunes. But with genius comes envy; with love comes tragedy; and with wealth comes corruption; the sexual freedom of the time creating a hothouse atmosphere in which deception, malice and perversion thrive and lead to the emergence of The Wolves of Venice.

And drawn into the Wolves’ plots are the innocents – including Marco Gianetti, assistant to Tintoretto; Ira Tabat, a Jewish merchant; Giorgio Gabal, an artist’s apprentice; and Giovanni Spoletto, the doomed castrato – all manipulated by the likes of Pietro Aretino, the courtesan Tita Boldini and the spy Adamo Baptista.

The lives of these characters criss-cross one another; their destinies intermingling in a Venice corrupted by spies lingering in the shadows, working for paymasters that change allegiance with the wind. At the end genius triumphs; love withstands betrayal; evil is diluted by honour; and in the shadow of The Lions of St Marks the echo of old and brutal murders finally brings The Wolves of Venice to justice. 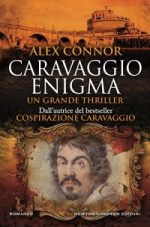