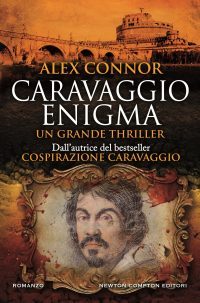 Convincing characters and a fast-moving plot lift this above the pack of mystery thrillers centered on an old work of art. – Publishers Weekly

Alex Connor is a master at keeping the pace moving and just when you think the story is beginning to take a predictable turn, the plot takes a surprising route that keeps you turning the pages even though you promised yourself to put the light out fifteen minutes ago! – Historical Novel Review

After being rejected by his mother, who blames him for the deaths of his father, uncle, and grandfather – a rejection that will mark him for life – the teenage Caravaggio arrives in Rome penniless and starving. It is the revered city of artistic brilliance but also a dangerous, sinister place: life in the artist’s quarter is vicious, amoral, and criminal. Caravaggio leads a dissolute life with many lovers – male and female –, among which his muse, Fillide Melandroni, a drunken street brawler and “the most famous whore in Rome.” As his success increases Caravaggio antagonizes his rivals with his arrogance, and his aggression leads to imprisonment in the infamous Tor di Nona for fighting and libeling another painter. Worse is to follow after a secret duel takes place, and Caravaggio – first painter of Rome – becomes a fugitive with a price on his head.

Upon the background of a decaying and promiscuous Rome, Alex Connor tells the story of one of the most fascinating and controversial artists ever: Caravaggio.

Alex Connor was born in Lancashire in England. She has had a variety of careers including photographic model, journalist and working in a Bond Street art gallery. Alex Connor’s articles appeared in “The Times,” “The Telegraph,” “Observer,” “The Daily Mail,” and “Le Figaro.” She published with Newton Compton Cospirazione Caravaggio (2016) and Il dipinto maledetto (2017), awarded the Premio Roma 2017 for foreign fiction. 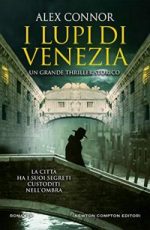