The Sailor from Casablanca 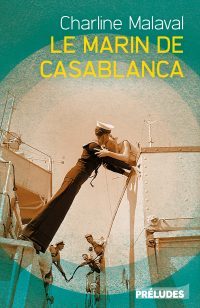 The Sailor from Casablanca

“A story full of mysteries and romance, set against the sumptuous backdrop of Casablanca.” –5* Amazon review

“A novel full of warmth, emotions and exoticism.” –Le Populaire

He was tall, brilliant, ambitious and he adored Jean Gabin, his idol. He had worked his way up the Navy ranks, and wanted to explore the world. In April 1940, he disappeared in the explosion of La Railleuse, a warship parked in the harbour of Casablanca. His name was Guillaume, he had just turned 20 years old.

She is lively, passionate and sensitive. She is enchanted by Morocco and sure that one day, her dreams will come true and she will open an art and literature cinema in this city. But her past is uncertain: she doesn’t know anything about her father. Her name is Loubna, she is almost 30 years old. To build her future, she will have to forget her past and will soon discover the mystery surrounding the sailor of Casablanca.

Around the central male figure, who is both elusive and omnipresent, gravitates a band of emotive characters. Malaval’s first novel is captivating, full of secrets, revelations and set in the heart of Morocco. A magnificent tribute to the Golden Age of Cinema in Hollywood and France, and it is reminiscent of Otto Preminger’s troubling film Laura.

Charline Malaval was born in 1984 in Limoges. After a PhD in Comparative Literature based around the theme of travel, she wanted to have a go at travelling herself, following the stories that had soothed her since she was a child. Malaval has been a French teacher in Brazil, Mauritius, Bulgaria and Vanuatu. She teaches today in Riga, Latvia. Her travel experiences feed her writing and The Sailor from Casablanca is her first novel. 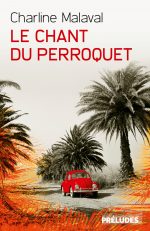