The Place of No Goodbyes 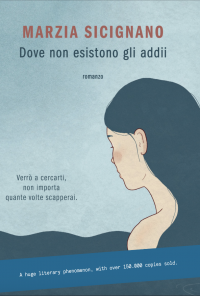 The Place of No Goodbyes

Since her father went away – the only person in the world she’s ever liked – all Asia has done is run away. She’s stopped being the ever-cheerful, life-loving child she once was, to take shelter where nothing and no-one can reach her, believing this is the only way to save herself. Inside her is emptiness, a black vortex that swallows her up without leaving her room to breathe, and a great deal of anger. An anger that is slowly consuming her and is the only thing she can feel, on those rare occasions she feels anything at all.

Since her father went away, Asia has decided that it’s senseless to believe in the future and, above all, in love. Because – and she learned this at an early age – nothing and no-one will ever live up to that idea of perfect love that her father instilled into her. And after all, it’s all an illusion: it isn’t true that it lasts forever. It isn’t true it shields you from suffering and loneliness. Quite the opposite. In the end, the people you love always leave and every time they take a piece of your heart with them. So it’s best to be alone and have done with it, to never get fond of anything. But then, Asia’s days, each one the same as the next, are disrupted by the arrival of Claudia, long, curly blond hair, delicate lips and the sort of smile kind people have. And her intentions are shaken up. Because every time her eyes encounter Claudia’s, she feels she no longer has any control over things, not even over herself. And that’s the very moment her fear returns. With the desire to run away again. But perhaps it will be different this time. Because sooner or later you have to allow yourself the possibility of getting excited, of becoming fragile. Of feeling alive, even if this means accepting the risk of losing everything for a single moment of happiness. 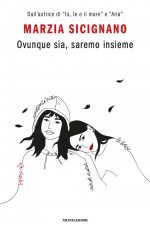