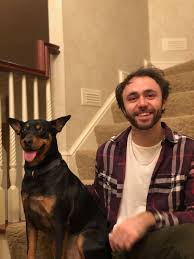 The Novelist: A Novel follows a young man over the course of a single morning as he fails to write an autobiographical novel based on his own heroin addiction and recovery, finding himself drawn into the infinite spaces of Twitter, quotidian rituals, and his own mind.

The Novelist is influenced by and references Nicholson Baker’s The Mezzanine and Thomas Bernhard’s Woodcutters, and in the end is a wholly original novel about language and consciousness, the internet and social media, and addiction and recovery. Jordan Castro captures the feeling of being drawn—and addicted—to social media in a style is fresh and truly memorable. The Novelist is a literary manifesto of optimism about deciding to live, even if the project of living includes a great deal of suffering.

Jordan Castro’s if i really wanted to feel happy i’d feel happy already is one of my favorite books. I feel consistently delighted, excited, emotional, amused, intellectually stimulated while reading it and thinking about it. — Tao Lin, author of Shoplifting from American Apparel

Jordan Castro is one of those true poets whose poems don’t feel like poems. When you read most poems it makes you feel like you’re fasting. This is how empty most poems feel. Castro’s poems are different. They are full of carbs and girls and life and recklessness and wildness and flesh. They fill me up. They make me feel hungry for more. I read them and I eat. I grow large with this rock and roll and life. Fifty years from now, people will read these poems and whisper, “I want to be young again. I want to be young again.” And it will be so. — Scott McClanahan, author of The Sarah Book, Crapalachia, and more.