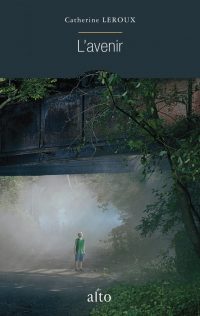 In a fictionalized French-Canadian Detroit, Gloria moves into her late daughter’s house. Hoping to understand what led to her death and to find her missing granddaughters, she starts exploring the puzzling city, its empty streets and urban prairies. In spite of depopulation and neglect, her neighborhood soon proves to be startlingly alive, reclaimed by wildlife and cultivated through the resilience and solidarity of its inhabitants.

With the help of this hardy community, Gloria uncovers disturbing truths and hidden worlds ruled by hopeful farmers and history buffs, fortune tellers and healers, tiny eco-terrorists, heroic dogs, and addicts turned prophets. While collecting clues about the fate of her family, she learns how to be a part of this harsh, incandescent place where rivers are a cure and a poison, where feral children create kingdoms in trees and guerilla warfare on the ground, where houses burn down and grow back, and where the past and the future are fused together in a single unrelenting movement.

In powerful, resonant prose, L’avenir delves into the depth of our collective failures and common ecstasies, the duties of one generation to the next, and the inescapable ferocity of what is to come.