The Dead Birds of America 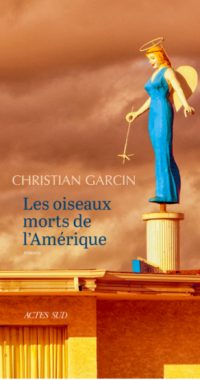 The Dead Birds of America

Christian Garcia is a voyager writer, but his true voyage lies within. Literary, aesthetic, he’s back with an excellent “American” novel blended with absurdist theatre and dizzying rifts in space and time. — Sean James Rose, Livres Hebdo

With his subtle art of parallel worlds, of poetic echoes and correspondances, Christian Garcin pays hommage to heroes of the Beat Generation – (…). With humor, with mischief, with elegance, Christian Garcin spins the history of Hoyt Stapleton in the web of worlds between distance and emotion, between realism and fantasy, between the cosmos and the underground, between the lines and the tales of murmurs from this universe and all others. — ​ Eléonore Sulser, Le Temps

Christian Garcin loves his characters and makes us love them, as well. Fallen heroes representing the other side of an America where it rains dead birds. A beautiful, emotional novel of memory, happenstance, and poetry. – Aline Sirba, On l’a lu

The Dead Birds of America is a moving novel on those rejected from the great American Dream, characters for some filled with wisdom, free to choose and time travelers of modern times. And Christian Garcin found the words to describe “the raw beauty of the incongruous and incomprehensible savagery of the world.” — Fragments de lecture

This whole small world outside of time, these small, aggregated lives, these beings shattered at the doors to the climatized dream, creating a fascinating and captivating universe-all pointing to the immense talent of Garcin. – Bruno Corty, Le Figaro Littéraire

The obsessive theme of the burrow or the grotto, as well as that of dreams and their power, are the pillars of Christian Garcin’s work. This novel inscribes itself as a surprising and emotional journey that whisks us to an America battle-scarred by its wars. – Caroline Gérard, Zibeline

Christian Garcin demonstrates his prowess with The Dead Birds of America, a poignant novel of an old-man child in the midst of a disappearance attempts to reconstruct him through the recovery of his speech, once lost. Bizarre, dreamlike as much as an indictment against a certain excluded American expert. This book bears the signature of a great read and stylist among the likes of Russell Banks, Don DeLillo, or Bruce Chatwin. – Jean-Rémi Barland, La Provence

A dizzying and metaphorical book, The Dead Birds of America is a great voyage in time and space, but especially in the hearts of these men who find themselves lost (…). Christian Garcin proceeded from La Piste Mongole and Les Nuits de Vladivostok, constructing a magnificent tomb for them, supported by writing of great melancholic beauty. – Christine Ferniot, Lire

This American history is perhaps only a pretext to evoke marginalized people who remain despite the numerous hairline fractures and scars. Deeply human and endearing. Christian Garcin rose to the ocassion to offer us one of his best, most dazzling and remarkable novels. – L’avis textuel de Marie M

The Dead Birds of America is an homage to those driven mad by war, crisis, or society, addressed not through their madness but through the methods they put in place to keep their humanity: poetry, kindness, exhilaration, dreams (…). And then there is The Dead Birds of America, this true-or-false (or false-or-true?) American novel. Deft and poignant. This sad book and this nostalgic pen, this unordinary character and these improbable interior voyages remind us a bit of Duras: “You have to be very fond of men,” in turn evoking Prévert: “War is such stupidity.” – Elise Lépine, Transfuge

On the edge of Las Vegas, within the sewer tunnels, lives a small band of humans excluded from the American dream who are striving to survive amidst the deprivation and other extreme circumstances.

Among them is Hoyt Stapleton, who spends his time lost in books and travelling through time in his imagination – a character who is emblematic of today’s America. By his side are Matthew and Steven, two post-traumatic veterans unsuited to ‘normal’ life who struggle along in a spirit of good humour and solidarity. A variation on the age-old themes of literature, Les Oiseaux morts de l’Amérique is an exploration of the inherent vagaries of human memory, the distortions of recollection and the wrong turns of human history. In tracing the contours of the process of forgetting, Christian Garcin has created an American novel with undertones of both Beckett and Russell Banks. 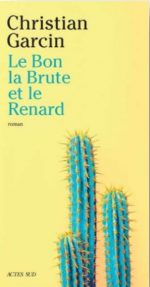