Tell Me, When Will You Come back? 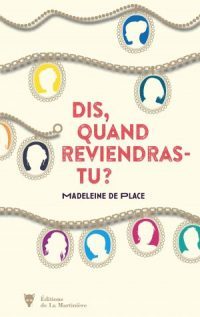 Tell Me, When Will You Come back?

Eight women. They all have one thing in common: they have all known Gabriel. His mother, his daughters, his mistress… One after another, they uncover the multifaceted identity of this elusive man. Sensitive and moving, this debut novel arrived by post.

A young girl, Louise, is taken by force to a convent. She’s only fourteen years old, yet it is becoming extremely difficult to hide her belly… Francoise, a kind and outspoken nurse, helps her to give birth. A few days later, mother and child are separated.

For eighteen years, Esther, the adoptive mother, and Mamita, the grandmother, have managed to keep Gabriel’s origins secret. Eventually, though, everything has to be revealed.

Fleeing his adoptive family, Gabriel will try to rebuild a relationship with his wife, Laurence and their two daughters. However, Gabriel struggles not only with giving, but also, especially, with receiving. Mysterious and elusive, Gabriel does not trust anyone.

Until one last woman enters his life.

Madeleine de Place was born in Paris in 1981. She always writes in her kitchen, with a cup of Lapsang by her side and classic radio in the background. Inspired by authors such as Delphine de Vigan and Tatiana de Rosnay, she was spotted by Editions of Martinière. Madeleine de Place is her real name. 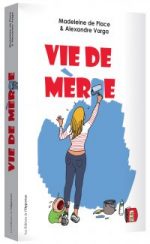