Story of a Decent Family 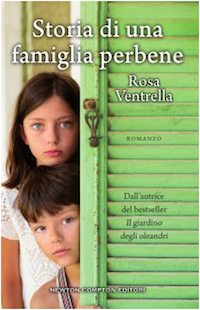 Story of a Decent Family

“I am proud to have optioned the rights for Rosa Ventrella’s book, as I believe that this is a novel with a huge potential. Stories as this one have great chances on the international markets, just like it happened with Gomorra and L’amica geniale by Elena Ferrante ” — Mario Levi, producer in chief of 11 Marzo,

A colourful polyphonic family saga set against the backdrop of Bari’s old town.

Maria, Giuseppe, Vincenzo, Antonio, Michele and the other unforgettable characters in this novel are in search of salvation between rival families, conflicts, extreme poverty and moral decay.

Everybody in the old town of Bari, in Southern Italy, knows Maria as “Malacarne” (evil flesh): it was her grandmother who first gave her this nickname, partly because of her dark-skinned completion and of her thin face – which distinguishes her from all the other girls in town – but mostly because of her indomitable, volcanic nature. Maria has a rough, even harsh personality, never willing to abide by the rules of the tough neighbourhood she’s grown up in. Malacarne is a strong, passionate young woman who will make the reader both dream and cry.

Maria lives with her mother—a sweet and resigned old-time woman, her violent and authoritative father, Antonio, and her brothers Giuseppe and Vincenzo: while the first, adored by everyone, will save himself from the violence of the neighbourhood, Vincenzo will ultimately fall victim to the degradation and the brutality of his surroundings.

Maria, on the other hand, finds some relief in her friend Michele, who, with his shabby, plump figure, is an outcast just as much as she is. Years go by, and the friendship between Maria and Michele turns into something stronger: a complicated, beautiful, intense love, which protect them from suffering and the collapse of their world.

But something doesn’t go as planned by the two lovers: Maria’s family will go to any length to impede their relationship. With its real, violent, dirty characters, as much so as the old town of Bari, Story of a Decent Family is not just the story of a friendship and then love: it is, above all, the story of the inhabitants and families living in the neighbourhood. The town is not a mere setting, but one of the strongest characters in the novel. The sea, which shapes Bari as an architectural gem, is not always visible, but it’s always there, and you can smell it in each page: it is at the same time a strong force able to heal all the wounds, and a mirror for the inner turmoil of Maria.

Rosa Ventrella writes a family saga of rare beauty and intensity: a polyphonic novel with a passionate, moving and intense protagonist, and with a rich, colourful writing, beaming with sounds, smells, perfumes, flavours, where each single word has been skillfully and wisely chosen.

Rosa Ventrella was born in Bari and teaches Italian Literature. She has previously worked as an editor and writes for the magazine “I fiori del male”. Her previous novels: Il giardino degli oleandri (2013), Innamorarsi a Parigi (2015) (Newton Compton) and Fiori di magnolia (Amazon Publishing 2017). 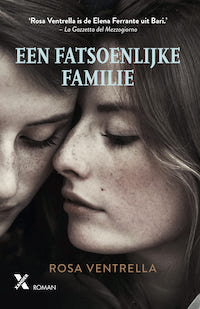 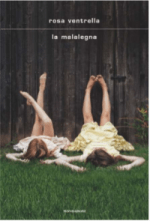