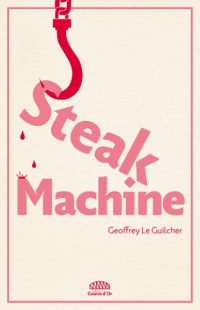 With a fake CV, a changed name and a shaved head, a talented author gets himself hired by an industrial slaughterhouse. In the vein of immersion journalism, he delivers an account of the secrets of this meat factory, and, first and foremost, of the silent rage of its employees.

If the videos recorded in secret by animal rights organizations show us the violence that the animals are victims of, they don’t reveal anything about the men and women hired to kill, dismember and cut up the meat which will later on end up on our plates. But how to better understand the meat industry than to infiltrate one of its modern factories?

This book follows the workers that make up the “Steak Machine”, from early morning to late at night. The journalist describes the constantly growing demands on productivity in the industry, resulting in a ruthless pace imposed on the employees, in turn inevitably leading to an unethical treatment of both the people hired and the animals killed.

Steak Machine is a crude retelling, written in the first person, enhanced by both precision and solid journalistic research which helps us to better understand the everyday life in a place where one cow per minute, 7,500 pigs per day and two million animals per year are killed. 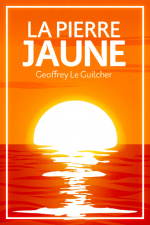