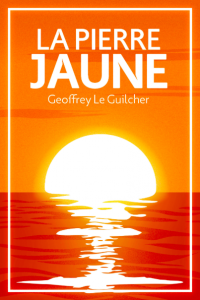 A realistic social science fiction novel, supported by Greenpeace, which takes place in France after a nuclear catastrophe, the kind of accident that is entirely possible and would be at least seven times as damaging as Chernobyl. Stunning press praises!

On a rainy day, Jack showed up in a place in Brittany known as The Yellow Stone. This tattooed, significantly cross-eyed man was coming to visit his new friend, a member of the Yellows, a community of activists. Two hundred kilometers away, there was a spectacular attack at the La Hague nuclear plant. The resulting acid rain and radioactivity led to all of Brittany being evacuated. The Yellows decided to stay on their peninsula. Jack cannot say why, but he stayed too. Thus commenced a strange form of survival.

La Pierre Jaune was inspired by a scientific hypothesis put forward by the French government: an attack on the La Hague site would be seven times worse than Chernobyl. Jack’s character is inspired by Mark Kennedy, the British policeman who infiltrated anarchist groups, mostly in France, for seven years.

Geoffrey Le Guilcher studied the La Hague nuclear plant for two years. He was able to obtain a prefectural authorization to visit this site, considered to be as hard to get into as a walled city in Russia. After breaking a few secrets about this massive plant (a mortal accident and extremely high risk for a catastrophe), he decided a novel would be the best way to tell the story of the “La Hague problem”, unique in its kind, and take the reader through what a nuclear catastrophe in France would look like in a very realistic way. 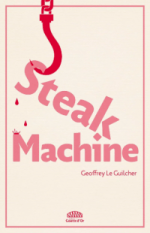