Prehistoric Men Were Women Too. A Story of the Invisibility of Women 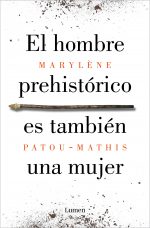 Prehistoric Men Were Women Too. A Story of the Invisibility of Women

“What an extraordinary journey the one that Marylène invites us to take […] What a beautiful story of the ideology of gender, of the prejudices that have permeated our culture to the bottom, of the barriers systematically imposed on women, and, despite these, the multiple efforts they have made to play a role. This construction that men have made for millennia is to be deconstructed, and even if the task will undoubtedly be long and difficult, books like L’homme préhistorique est aussi une femme contribute in a unique way to trace this new path with hope and energy. ” — Lola Martínez de Albornoz and María Fasce, Lumen/PRH Spain

“Prehistoric Men Were Women Too deconstructs the certainties and clichés about prehistoric women who, no offense to historians, had them under the club. ” — Causette

“The Neanderthal specialist deconstructs our collective imagination according to which prehistoric women are submissive and passive gatherers who await the return of the hero hunter in the cave. ” — France Culture

“Among debates on gender and identity, it is rare to find a perspective you haven’t heard about before. Marylène Patou-Mathis succeeds splendidly in just that – offering us a fresh perspective and demonstrating that history has a lot to teach us about allegedly “traditional” gender roles. Rigorously argued and beautifully written!” — Annika Domainko, Hanser Verlag

“This engaging text invites us to renew the way in which we view the role of Palaeolithic women” — Baudoin Eschapasse, Le Point

“The author peels away the assumptions which have led to a marginalisation of the role of women in discussions surrounding Palaeolithic societies. A book which has arrived at just the right moment.” — Caroline Bousquet, Maze

When prehistory first appeared as a branch of history, in the nineteenth century, it was developed by men. They were naturally inclined to project the stereotypes of their own era onto prehistoric times. Nineteenth-century women were often seen as procreators whose social role was limited to raising children and performing domestic tasks. And it is precisely that image of women and that division of labor that can be found in the first century of writing on prehistory.

But over the last decade or so, the growth of gendered archaeology has enabled us to challenge numerous preconceived notions and stereotypes about prehistoric women who were actually stronger, less submissive, and more inventive than was previously believed. Prehistoric women are finally starting to step into the light. 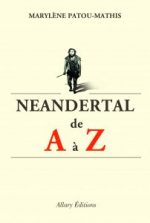