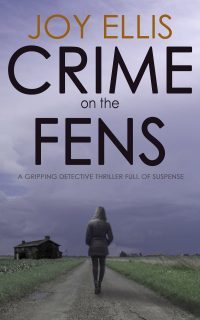 A BLOODY KILLER SEEMS TO HAVE RETURNED TO THE LINCOLNSHIRE FENS

THE DETECTIVE DI Nikki Galena: A police detective with nothing left to lose, she’s seen a girl die in her arms, and her daughter will never leave the hospital again. She’s got tough on the criminals she believes did this to her. Too tough. And now she’s been given one final warning: make it work with her new sergeant, DS Joseph Easter, or she’s out.

HER PARTNER DS Joseph Easter is the handsome squeaky-clean new member of the team. But his nickname “Holy Joe” belies his former life as a soldier. He has an estranged daughter who blames him for everything that went wrong with their family.

THEIR ADVERSARY is a ruthless man who holds DI Galena responsible for his terrible disfigurement. The town is being terrorized by gangs of violent thugs, all wearing identical hideous masks. Then a talented young female student goes missing on the marsh and Nikki and Joseph find themselves joining forces with a master criminal in their efforts to save her. They need to look behind the masks, but when they do, they find something more sinister and deadly than they ever expected…

THIEVES ON THE FENS (book 8)

A SKELETON IS FOUND IN A SHALLOW GRAVE IN THE CHURCHYARD. BUT THIS WAS NOT AN OFFICIAL BURIAL. THE VICTIM WAS MURDERED DECADES AGO.

At the same time, Detective Nikki Galena and her team are investigating the brutal slaying of local businesswoman Madeline Prospero. She was a member of an exclusive and secretive drinking club called The Briar Patch. But they’ve got no suspects and no one is telling them the truth.

Meanwhile, the buried skeleton leads them on a trail to the village of Quintin Eaudyke. This is a troubled place. In the late seventies and eighties, a reign of terror and abuse was unleashed on the close-knit population. When more women from The Briar Patch come under threat, Nikki faces a race against time to stop more murders.

JOY ELLIS lives in a village in the Lincolnshire Fens with her partner, Jacqueline, and their two second-generation Springer spaniels. Her partner is a highly decorated retired police officer, and her harshest critic when it comes to police procedure. 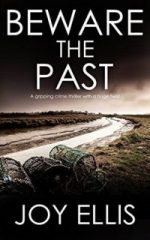 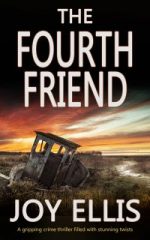