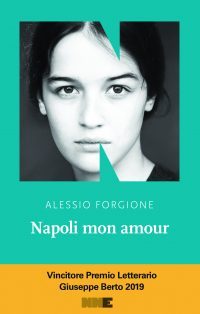 “His voice is clear, his language is accurate and rich with a perspective of desperate brilliance emphasized and vigorously refined,” — Corriere della Sera, La Lettura

“The dialogues are perhaps the most perfect arwork of the novel: striking and more realistic than a cinematographic fiction.” — Corriere del Mezzogiorno

“The thirty-year-old Neapolitan writer has a very original voice, and believe me, difficult to forget.”

“One of the best debuts of the season.” — Filippo La Porta

“Amoresano has two degrees but feels uncomplished and hates the “slow and smoky” life he lives, stubbornly seeks for a decent place in the world, gives us the calculation of the many beers he drinks and the matches of the Napoli football team he is a fan of, he meets and loses the great love of his life. Amoresano has only two certainties, and a literary myth, Raffaele La Capria and his novel “Ferito a morte” who described Naples so well that Naples itself has no longer changed, in order not to ruin the book, and plays as equals with Proust.  The title of the novel takes us back to a cult movie from the 1950s, Hiroshima mon amour by Alain Resnais, centered on the duty of memory and the haemorrhages of oblivion. In the author’s real life, it was La Capria himself, very lucid at age of 94, who gave us the best definition of Forgione’s writing, when the author visited him in Rome: “He has style and, even more unique, he has a voice. A good storyteller can only have a voice that whispers in your ear. And he has that voice “. A voice that immediately becomes a friend for its melancholy, dignity, rough tenderness, sorrowful humor, bitter self-irony, mix between reality and vision. It is with sincere conviction that we welcome Alessio Forgione among the true writers. — President of the Jury Ernesto Ferrero

“Love is just one massive haemorrhage. Someone comes along and stabs you and then you go around dripping all over everything.”

Amoresano is a desperate thirty-something from Naples who still hasn’t found his place in the world. After three years working on cruise ships, he has managed to stash away savings of a few thousand Euros. And he has made a decision: when the money is gone, he will kill himself. This means that his days now consist of ridiculous conversations on the hunt for any kind of job, cheap beer, budget nights out with his friend Russo, and family dinners with his parents who reluctantly tolerate his out-of-work status. With each night out and every expense, the hourglass empties a little more; after every beer the end comes a few Euros closer, in a countdown that is crudely realistic and darkly ironic.

One night, Amoresano meets Nina, who conquers his heart and reignites his hopes and desires: to live, to be happy, to write. And to meet his literary hero, Raffaele La Capria. But love and dates with Nina, where he chivalrously insists on paying, quickly consume his energy and, more worryingly, his finances. When Nina suggests that they move to Barcelona together, desperation wins out once and for all. The hope of a different life slips away along with the last of his money, as he contemplates drowning in a sea so blue that the idea of falling into it, without even trying to swim, becomes increasingly attractive… Alessio Forgione paints a sultry picture of a rainy Naples, as bleak as Hiroshima in the film that inspired the novel’s title.

An insistent, resonant voice, interwoven with tenderness, gives this lucid and at times feverish coming-of-age novel the rhythm of a race between the bittersweet rules of life and the rollercoaster of innocence. Blending fiction and autobiography, Alessio Forgione uses elegant and controlled language to convey the importance of persistence and tenacity. 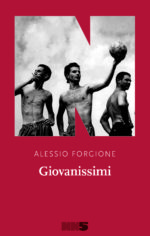