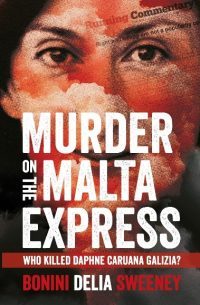 ‘True bravery is the Maltese journalist Daphne Caruana Galizia, blown up in her car for reporting on the Panama Papers’ — Meryl Streep

‘(Daphne Caruana Galizia was) Malta’s leading investigative journalist and anti-corruption campaigner… When a journalist is murdered, all of society suffers. We lose our right to know, to speak, to learn. Daphne had the courage and resilience to write despite the threats she faced.’—  Margaret Atwood

‘Daphne’s case is an extreme example of the risks people take when speaking truth to power… she is a beacon of hope.’ — Jess Phillips MP

She was Malta’s most fearless journalist until someone with money and power decided that she should be silenced forever.

Her assassination on 16th October 2017 was a brutal blow to anyone who cares about the truth and justice.

Murder on the Malta Express: Who Killed Daphne Caruana Galizia? is an investigation into Daphne’s murder by three highly regarded journalists, including former BBC journalist John Sweeney. The other two authors are a well-known Italian journalist, Carlo Bonini, and a Maltese blogger whose blog is known round the world for publishing anti-corruption stories about Malta, Manuel Delia.

The book tells the story of why Daphne was assassinated. It’s a powerful, riveting and important look into how international organised crime has taken over Malta and works globally.

An organisation called The Daphne Project, which is a group of 45 journalists around the world, was set up to continue Daphne’s work and trying to get justice for her.

Daphne is very widely known of in the media, not to mention admired, and the book contains lots of new information, never shared before. 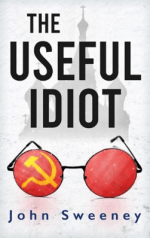