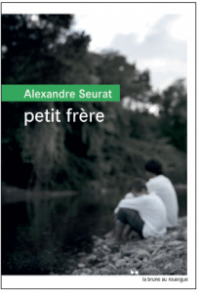 In this novel, Alexandre Seurat once again confronts a tragic subject: the brutal death of a young man from various addictions before the age of thirty.

‘At some point, something went out of kilter’, remarks the narrator, and in an attempt to come to terms with his brother’s death and his own sense of guilt, he retraces their shared history all the way back to childhood – from the strikingly handsome little boy who was already setting himself apart through his behaviour to the teenager who believed he was ‘born under an unlucky star’ to the young man who was increasingly drawn to high-risk activities, as if being sucked into an abyss.

A moving portrait emerges of a young man from a privileged background who very quickly finds himself on the margins of life. What mixture of family influences and inner demons came to wreck his existence, despite the fact that he seemed to have everything going for him?

Born in 1979, Alexandre Seurat is a teacher of literature in Angers. Petit frère is his fourth novel to be published by Le Rouergue, following on from La maladroite (20,000 copies sold, TV adaptation), L’Administrateur provisoire and Un funambule. 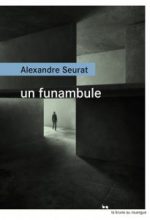