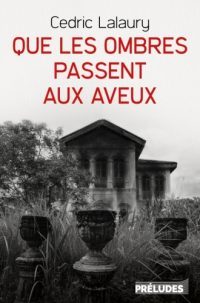 After a personal tragedy, Jessie decides to move into her grandfather’s house. Shortly after the old man passes away, she finds an envelope full of old documents in the mailbox. They concern Keowe, where the family’s roots lie, a place the old man never spoke of. Why did he arrange for a post-mortem delivery of newspaper clippings about a family slaying committed decades earlier?

A rich industrialist in the region, Mr. Webson, killed his wife and daughter before committing suicide. The youngest child, a boy called Toby, was never found. But Mrs. Lamar, the family’s one-time governess, insists that she saw him not long ago.

Has the Lost Child of Eden Woods returned? Intrigued, Jessie decides to investigate the scene of the crime.

Cedric Lalaury was born in Montluçon. After studying modern literature at Blaise Pascal University, he tutored struggling pupils. An admirer of Henry James, Marcel Proust and Stephen King, he now devotes his time to writing.

“A  psychological thriller that’s impossible to put down.” —Lire

“A book that you’ll read in a single sitting.” —Le Parisien 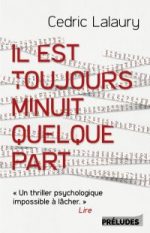