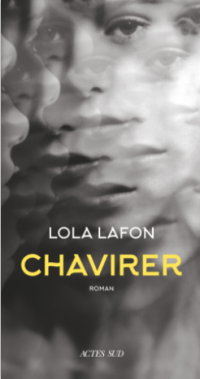 Lola Lafon shines in describing the dancing body at work, behind the scenes of the profession and reveals the social contempt behind the performance and glitter. Sweat and tears.— LIVRES HEBDO

(…) the novelist continues to dismantle the deleterious cogs of recruitment and submission to another so attractive. The cruel price of a trading society of flashy illusions.— PARIS MATCH

Chavirer is an initiatory novel about the slow sedimentation that thickens each existence. It shows how influence and liberation are complicated phenomena that proceed from the same accumulation of imperceptible details. And takes a fresh look at the malleability of human beings, capable of being subjected to manipulation and then recovered, and therefore both a source of strength and weakness. Lola Lafon claims the right to fragility as the supreme freedom. She thus celebrates an unsuspected energy of resistance, a bottomless internal resource. This is her form of personal and beneficial commitment. — TÉLÉRAMA

It’s about guilt and forgiveness, about broken lives and it’s remarkable. — AFP

The author (…) definitely delivers here one of her strongest novels.The light is there in this novel which explores the abyss. (…) one of the gems of this rentrée littéraire (…).— LE POINT

Everything is accurate in what Lafon says. Through the diversity of testimonies and situations that are described, the book intersects with issues of gender, religion, discrimination, social determinism (…). By setting her book in the world of dance (…) she invites us to look behind the scenes, those of the entertainment industry, of course, but also those of our society as a whole.— LES INROCKUPTIBLES

1984. 13-year-old Cléo lives in modest circumstances in the suburbs of Paris. She is accosted by a very elegant lady who says she wants to help young girls to achieve their career dreams and suggests that Cléo apply for a grant from the Fondation Galatée. Cléo’ s dream is to become a dancer but she is falling into a trap into which she unwittingly drags her schoolmates.

2019. The police take an interest in the foundation’s website and launch an appeal for witnesses – they are searching for victims of a network that has procured teenage girls for powerful businessmen by pretending to offer them financial support. Now 48 years old, Cléo has carved out a successful career. She appears regularly on television and performs on stage with a prestigious Parisian dance troupe. She realizes that her past has caught up with her and that she has to confront the ghosts that haunt her – although she was indeed a victim of the foundation, she also became complicit in their recruitment strategies. 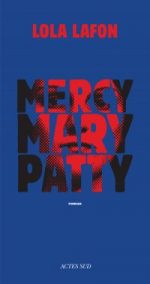