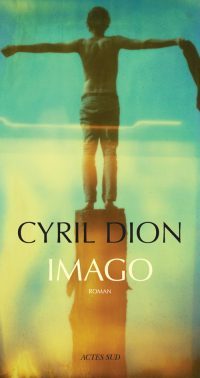 “Avoiding dogmatism, the debut novelist rises to the heights of a humanistic and poetic commitment, invoking the poet Mahmoud Darwich and shouting his trust in the imaginary as eternal common ground.” — Hubert Artus, Lire

“A powerful first novel. If it is not autobiographical, Imago echoes the contrary polarities that drive Cyril Dion and sometimes pin him to the ground. ” — Sophie Joubert, L’Humanité

“Cyril Dion gives the world a book to read through the eyes of four characters with different visions who will have to learn to see with the eyes of others. The price of exiting the cave is this: see and understand to become free.” — Jean-Baptiste Hamelin, Page de libraires

“…despite the extreme complexity of the problem, Cyril Dion proposes a sober and effective framework: a succession of dominoes stacked between Palestine and Paris that collapse, one after another at a steady pace. ” — 20 minutes

The destiny of four characters intersects with the history of a brutalised nation.

Amandine is a young woman who has been disturbed since childhood and is constantly in search of love. Fernando is her eldest son whom she has never been able to love properly. Nadr, whose father has never told him the truth about himself, has nevertheless inherited from his fatherhim a profound attachment to the land of Palestine and its inhabitants. And then there is Khalil, Nadr’s half-brother, whose masculinity has been undermined by bestial instincts, by desperation and by humiliation.

The youth of Rafah are being enlisted into jihad and the culpable West has become the enemy to target. When Khalil joins the fray, Nadr embarks on a long journey to find him, passing through the tunnels to Egypt and then crossing the desert and sea to reach Marseille. There he catches up with Khalil, who is now fully signed up to the cause and determined to blow himself up.

The paths of Fernando, Khalil and Nadr will ultimately cross in Paris, but the age is not conducive to rapprochement.

This is the first novel by a writer who is committed to a different society and a different world – a commitment which finds its expression here in an imaginative attempt to get closer to the essence of one of the tragedies of the 20th century.

Born in 1978, Cyril Dion, a committed environmental campaigner, is the founder with Pierre Rabhi of the Colibris ecological movement. Between 2003 and 2006, he was involved in organising the Israeli-Palestinian congress held in Caux and the first and second World Congress of Imams and Rabbis for Peace. In 2015, he wrote and co- directed with Mélanie Laurent the documentary Demain, which won the César for best documentary film in 2016. 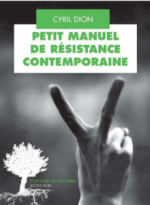