I Steal Your Life 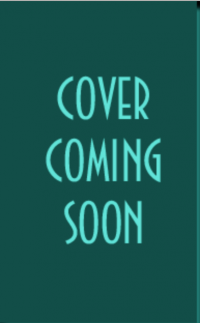 I Steal Your Life

Jews of necessity, Jews on the run, or half-Jews: the three central characters pursue each other from Jaffa to Djerba, from Alexandria to Basel, and from Miami to Rome, among secrets and deceptions, over a period of half a century.

Everyone, at least once, has wanted to change their destiny, to escape from themselves and their mistakes. Everyone has investigated their family’s past and eventually discovered secrets.

Freedom gained at great effort and at the price of lies, some major, some minor, may not be enough to make you happy. Better to trust in a contract. A perfect contract.

That’s how it is for Ibrahim, Giuditta and Esther, the main characters of the novel, who all struggle with the problem of identity: denied, discovered and regained. They belong to two families, and three generations, but their paths eventually cross in a surprise ending.

Palestine, 1936. Ibrahim, a Muslim Turk, becomes a Marrano in reverse, stealing the life of Avrahàm Azoulay, a Jewish cotton trader, the victim of a pogrom, with whom he has just made a contract which will change his life. Becoming a Jew in the wrong year, 1936, will force him to betray himself and his identity.

Ancona. 1938. Giuditta learns what it means to be a Jew when the Fascists rob her of her father and expel her from school. She discovers that as a result she can be sold and bought and that she must learn to hide and flee.

Rome 1991. Esther, the daughter of a Jewish mother and a Christian father, disappointed with men, accepts the rigid clauses of a blind marriage with a handsome, mysterious suitor who is obsessed with the idea of drawing up a perfect marriage contract. But no contract is perfect…

She has published two novels with Bompiani: Liberabile and Cellophane (winner of the 2018 Margherita Rosa Prize). She designed the costumes and scenery for the performance of the opera Carmen at Spoleto in 1995. She drew the cartoons for an advertisement for one edition of the Sanremo Festival. Her illustrations accompanied the interviews of Alberto Angela’s TV programme L’Italia delle meraviglie.

She has taught at the European Design Institute and at the Business School of Il Sole24ore.