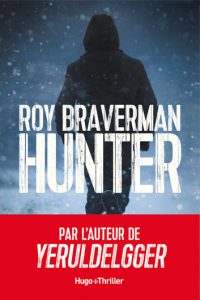 This fast-paced novel takes off with a bang, and only gains speed from there. Hunter is the first volume of a trilogy that the author of Yeruldelgger will publish under the pseudonym of Roy Braverman. Nobody ever stops in Pilgrim’s Rest, USA, except when the village has been cut off by a blizzard, and the dark and threatening forest is buried under a thick layer of snow. Travellers are rare and cannot know that a serial killer murdered five men in the local motel and made their wives disappear. They also cannot know that after being sentenced to death, the killer walks free and is said to be back. To finish what he started?

One man, devastated ex-cop has chosen to stop in Pilgrim’s Rest. He has chased Hunter for twelve years and is about to make him confess where he buried Louise, his daughter. Pilgrim’s Rest will be the end of his journey of vengeance. What he doesn’t know, is that he is not the only one to seek revenge and that the truth is even more cruel and perverse. In the storm, one serial killer can hide another… Fast-paced and adrenaline-filled, Hunter is a wild ride that never lets up for a single moment. 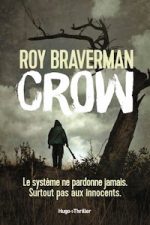