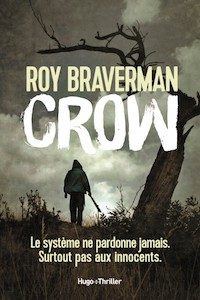 A gripping and ruthless manhunt across the wild Alaskan landscapes.

Brooks Range, Alaska. A harsh and boundless land where every hunter may become, one day, a prey. Hunter and Crow, two runaways accused of despicable crimes, have secluded themselves there, convinced that surrendering to the authorities will lead to their end.

But will the local cops and the FBI – obsessed with enforcing the law – leave them in peace? The determination of an ex FBI agent, turned serial killer at the time, triggers a relentless manhunt across Alaska. In turns hunted or hunters, Hunter and Crow will advance, meet or escape from a female sheriff in love with an eccentric man, a special FBI agent nicknamed Fiasco after failing her last mission, a romantic lady trapper who is not afraid of wolves or bears, an Armenian debt collector and music-lover, a redneck gang running on local beer, a bush airplane pilot fan of Jefferson Airplane… All of this to save their
skins, enforce the law or to get hold of loot worth more than one million dollars. Or even all these three reasons at once!

Roy Braverman is the author of the Mongolian trilogy Yeruldelgger, published by Albin Michel between 2013 and 2016. The first volume was awarded in 2014 with sixteen Readers’ prizes, including Elle Magazine readers’ prize, the SNCF crime book prize and Quais du Polar prize. After Hunter (2018), Crow is the second title of this American trilogy published by Hugo Thriller. Freeman, the third title, will be published in 2020. 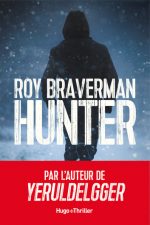