How Contagion Works: Science, Awareness and Community in Times of Global Crises 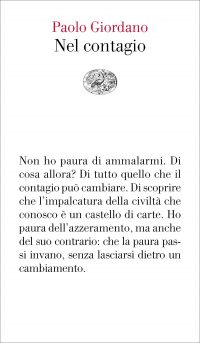 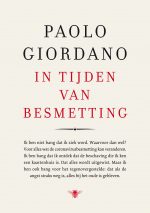 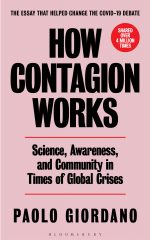 How Contagion Works: Science, Awareness and Community in Times of Global Crises

“I’m not afraid of getting sick. Of what, then? Of all the things the virus could change around me. Of discovering that the framework of civilization as I know it is a house of cards. I’m afraid of hitting reset, but also the opposite: that this wave of fear is all for nothing, that it will pass without leaving any change in its wake”. — Paolo Giordano

In these difficult times when the growing number of countries around the world confirm more and more cases and deaths from COVID-19, the impact on people’s lives and its economic fallout is being increasingly felt, Paolo Giordano reflects from a professional scientific point of view – he has a PhD in Physics – and he tries to answer some of the prompting questions about this global outbreak.

How Contagion Works is the result of the state of urgency and this sad Italian primacy of being ahead of the others in this dreadful situation. The author stops and reflects on what is happening, he is speaking to people now – with the idea that later on everything will settle and more detailed reflections will be made.

The nCoV-19 epidemic is set to be the most significant health emergency of our time. It exposes the various different levels on which we are all connected to one another—no matter where we are, the complexity of the world we live in, its social, political and economic logic, and its interpersonal and psychological reasoning. What we are experiencing goes beyond nations, beyond identities, beyond cultures. This infection is a measure of just how global, interconnected and inextricable our world has become. The epidemic is encouraging us to think of ourselves as belonging to one society. It is forcing us to use our imagination in ways that, under normal circumstances, we simply aren’t used to: to see ourselves as inextricably linked to other people, and to keep them in mind when we make our own individual choices. In times of contagion we are a single organism, a community. In times of contagion, if we lack solidarity, it’s primarily because we lack imagination. The community that should concern us, in times of contagion, is all of humanity.

‘Lucid, calm, informed, directly helpful in trying to think about where we are now… The literature of the time after begins here’ — Evening Standard

‘In one short hour, in the midst of this difficult moment, Giordano reinforced my sense of hope in humanity, in the one and the many’ — Philippe Sands, author of East West Street