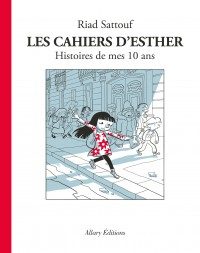 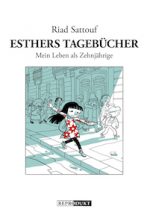 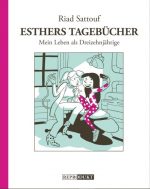 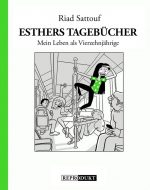 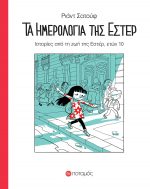 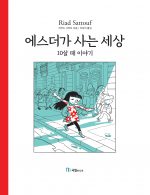 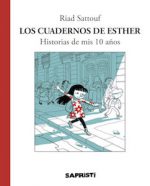 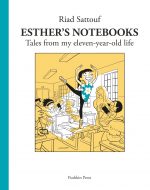 After his comic strip La Vie secrète des jeunes (The Secret Life of Youth, which ran in the French satirical paper Charlie Hebdo for 10 years), a new chronicle of our times by Riad Sattouf that is being pre-published in serial format in the French weekly Le Nouvel Observateur is now available with Allary Editions in album format!

Allary Editions will publish one volume per year, nine volumes in total. Each album covers one year in the life of Esther, covering her 10th through her 18th year, from 2016 to 2024.

Each page of Esther’s Notebooks is self-contained — there’s usually a  neat punchline — but read them all, and you come to see that Sattouf has drawn a portrait of a generation. — Rachel Cooke, The Observer

Something between Le Petit Nicolas by Sempé and Goscinny and Agrippine by Claire Bretécher, an amazing work, tender, earthy and powerful. — Télérama

Young people talking without hesitation, making us laugh and worry: that’s why we need to read and reread “Esther’s Notebooks”. This is the future of France. — L’Obs

A beautiful portrait of the current youth. — Comixtrip

“Esther” confirms the taste and the talent of the author to observe and narrate the mysteries, joy and miseries of childhood. — Culturebox, FranceTVinfo

Behind the appealing image of a nice and  unglazed little girl, hides the awfully cruel portrait of our times by a brilliant observer. — Les Inrocks

Riad Sattouf continues to vividly describe adolescence like no other. — ELLE

Esther, a mini-phenomenon of society all by herself! — ELLE

Fresh, funny, edifying at times, whose impartial sociology puts the finger on the good and bad sides of our society and those who will make it evolve. — Spirou

A comic for the irresistible childhood. — DNA

Riad Sattouf,  a magnificent ethnographer of the ordinary life. — Libération

Riad knows precisely how to capture gestures, vocabulary and attitude in order to plunge us into the world of this young Esther. — Clara

What is once again a strength , as often is the case in Riad Sattouf’s comics, is that through the eyes of Esther, we can dissect our society. — Europe 1, La Matinale/Melting Pop

Esther is simply terrified of losing her social status. It’s a change from my ‘loser’ characters! — Marianne

Treat yourself with this third volume, in which we find all the ingredients that make this series such a joy. — Culture Box / France Info

As wonderful as the first two, Esther doesn’t have a filter, which makes her an excellent punchliner.— France Inter

I think it’s the most interesting and the most probing story set in the world of today’s kids. What seem at first to be quaint anecdotes turn out to be extremely fascinating insights on our epoch and this generation.  — Europe 1, Le Social Club

The childlike naivety that made up the humorous  parts of Esther’s Notebooks gradually fades away, and it is now her beautiful, touching innocence that charms us. Little Esther’s  evolution towards sensitivity and intelligence raises Sattouf’s work. — Benzine

It is a real pleasure to be back in the familiar world of Esther and her family, and more generally, in the artistic universe of Riad Sattouf! Sincere and innocent, disarming by the honesty of the reported facts and committed engagements, Esther is like a camera that climbs into the places and environments that she frequents. A great artist! — Serendipite

A sensitive work which,  above all, invites us to reflect on what we have become, what we have gained and what we have lost since we were twelve years old. — BDThèque

Based on true stories told by Esther A.*, Esther’s Notebooks draw us into the daily life of a 10-year-old girl talking about school, friends, family and pop stars.

*To protect the privacy of certain individuals, the names and identifying details have been changed.

Who are Tal, Kendji Girac and the Hotheads? What are the criteria of beauty that make young boys and girls popular? What can you do when your friends have more money than you do? What does the ‘brutal-bridge’ game consist of? How did Esther’s class feel about the attacks in Paris in January 2015? What can you do if you’re worried about having big breasts?

These 52 pages are like so many short plays, with a different theme for each one. Esther tells us about her daily life and times. What she doesn’t tell her parents, she pours into this diary, which ranges from funny to moving, and tender to cruel: a striking portrait of today’s youth and a mirror of our society.

In this second volume, Esther is 11 years old (Grade 5-US, Year 6-UK). She tells us about the birth of her little brother, the terrorism attacks, the boys she is in love with, religious discussions with her best friend, her midget teacher, her mother who gained weight, her idiot bigger brother and her father, that hero…

Esther is a 12-year-old student at a prestigious college in the center of Paris. Esther is now a pre-teen! The presidential elections, her first cell phone, her hamster Manuela, the arrival of acne, her conspiring brother, her left-wing partisan father, her far-right voting grandmother, President Macron, the Illuminati, and her love for sausage-apricot cake… Esther talks about everything!

Esther is now 13, she leaves childhood and enters adolescence… In this volume Esther talks about her dental braces, #BalanceTonPorc (the French counterpart of the #metoo movement), her long-gone dreams,  her secret boyfriend Ben, her friends, her family…

Esther learns to dance the floss, starts to take an interest in politics (just a little), wonders how we can live normally while the homeless sleep in the streets and learns how to say “I don’t give a s*#@” Spanish, thanks to her penpal Nacho. Of course she listens to Angèle, and imagines that all the young people of the world will save the Earth by joining hands (“it’s a bit silly but I believe in it”). At the end of this 5th volume, several important events happen. Her braces are removed, she has a boyfriend named Abdelkrim (a “brilliant” boy who lives in Metz, a “super far-away” city), then she enters the 9th Grade. Now she is one of the big ones.

Esther is based on a real person, as Sattouf explains in Les Echos:
One night, a couple of friends came over for dinner with their 10-year-old daughter. […] She began to tell me stories about her friends, games in the schoolyard, the laws of attraction between the pupils, her favorite groups, what she likes, what she hates, her vision of our society… In front of me was an utterly normal young French girl, and what she told me opened up an incredibly rich territory! I immediately wanted to write a comic about her.

Riad Sattouf’s international bestselling series The Arab of the Future (combined sales of volumes 1-4: over 1.5 million copies) was sold to 21 territories so far and received raving reviews by French and foreign press. It won the Fauve d’Or Prize for Best Album of the Year at the Angoulême International Comics Festival and the RTL Prize for Best Comic Strip Book of the Year. 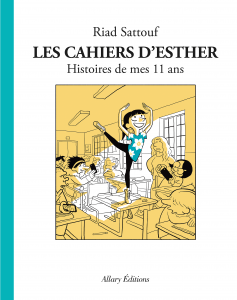 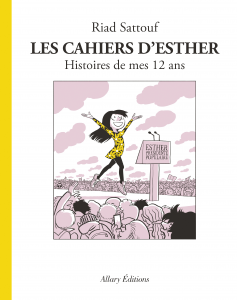 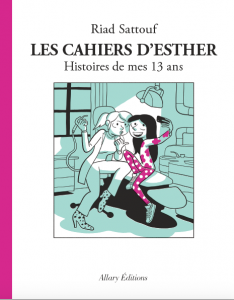 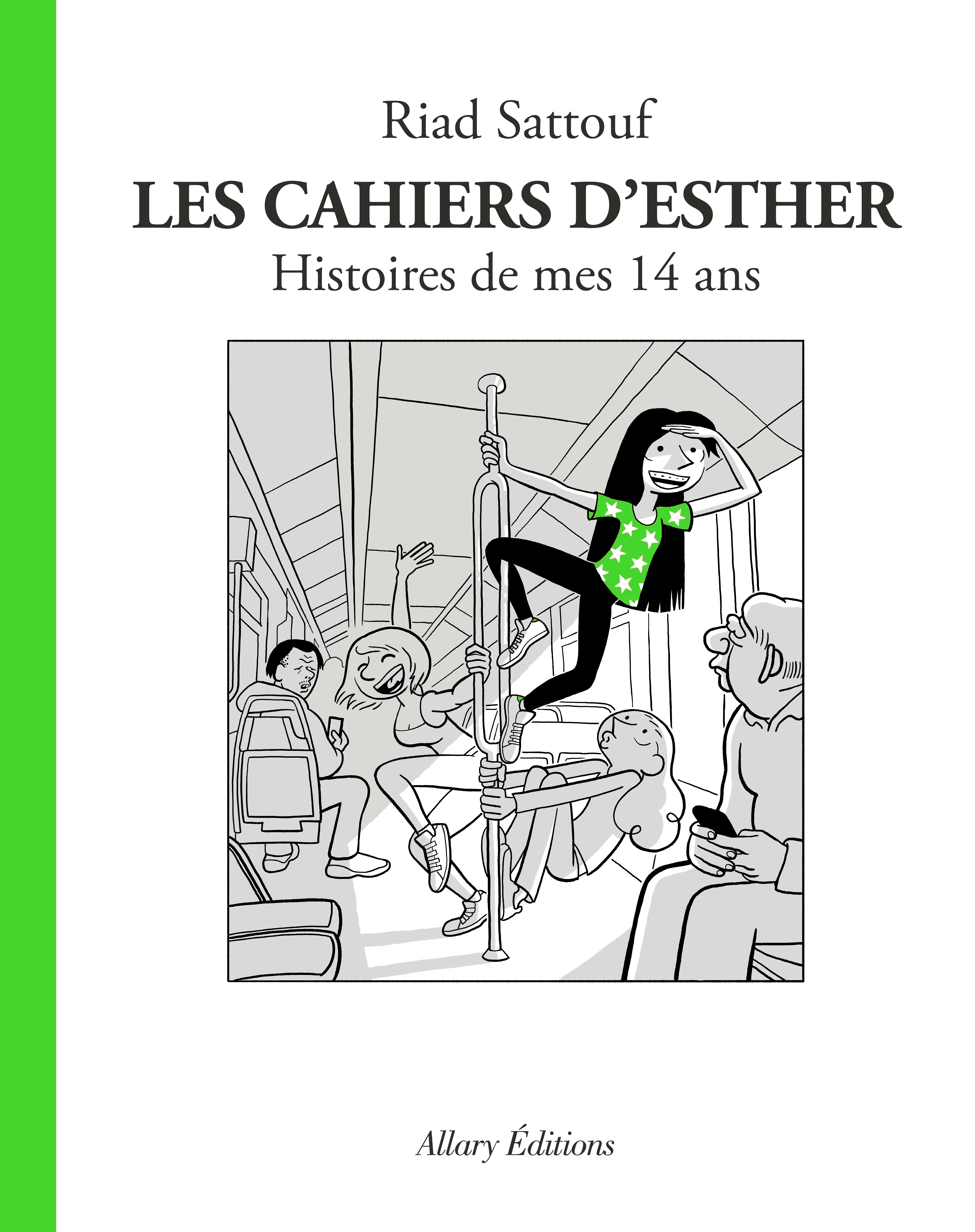 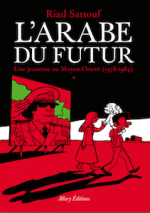