Death at the Last Drop: The Life of Celio 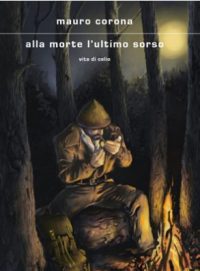 Death at the Last Drop: The Life of Celio

Rock climber, woodcutter, stonemason, miner, beekeeper: who is Celio? “A nothing”, he says, a simple Mr Nobody from Erto, a small village in the Alps where Mauro Corona was born (and lives). The author is the one to revive Celio, who disappeared in the mid-Seventies, lifting him out of oblivion to become a real character, elusive, brimming with idiosyncrasies and contradictions. Fatherless from birth and intolerant to the point of misanthropy, he retreats into himself and puts up an impenetrable barrier of Friulian dialect and a complicated relationship with alcohol that will last his whole life, until delirium and death.

In Celio, a man some forty years his senior whom he met during his troubled childhood, the author found an unexpected mentor, protection from his father’s violent behaviour, and special access to the mysteries and wisdom of nature, available only to him. Now in his seventies, Corona revisits his childhood, setting down in black and white – his words always measured, with nothing left to chance – the story of his old friend and companion in rather too many drinks. This is his bid to find the roots of an ill will that was always driven out but never fully vanquished from the hard and apparently impenetrable heart of this man of the mountains.

Corona’s biting, tense and authentic writing mirrors its protagonist, while in the background we can see the silhouette of the autobiography of the author himself, Celio’s real alter ego and the only witness to a life that has become a symbol of a land suspended in time. Here solitude, borne like a cross, seems the only remedy for a contagious misery and pain; and the only laws and authorities recognized are those of nature – simultaneously Corona’s mother and wicked step-mother throughout the work, never offering consolation. Like the old petrol lighter inherited from the master, the student keeps the flame of memory alive, and shines a light on the power of friendship, a rare and elusive gift that can save us from the hostility and indifference of the world. 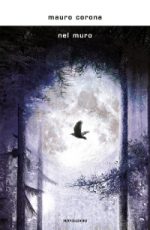