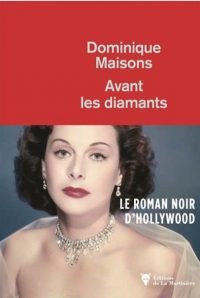 ”A feast for the eyes”.  — Jacques Expert, crime author

”Dominique Maisons walks us in a brilliant way through the territory of James Ellroy.” – Paris Match

A historical and political saga set in 1953 featuring parvenu producers, puppet actors, the mafia, propagandist political powers and the stranglehold of the army. A noir, dark and violent novel about the most disturbing and fascinating image America represents.

Hollywood, 1953. McCarthyism still reigns in the film industry. The hunt for communists and homosexuals authorizes many abuses. In this moral and political swamp, only those willing to do anything will survive. The failed producer Larkin Moffat is one of them. Filming B series, he provides a life support for the down-and-outs of the movie scene.

Hollywood is a cake stuffed with arsenic fought over by the mafia and the army, eager to keep an ideological hold on this propaganda tool, the league for the virtue of Catholic lobbies…

While the likes of Kim Novak, Errol Flynn, Gary Cooper, Hedy Lamarr and Frank Sinatra put on their show, this unscrupulous little world will indulge in what it knows to do best: manipulating the masses and ensuring its profit.

Their destinies will cross gambler and avid womanizer Major Chance Buckman, Father Santino Starace who hides under his cassock vices that are incompatible with his functions, the impresario and pimp Johnny Stompanato, and Moffat himself, who will all multiply their tricks and crimes in an effort to make a fortune in the great circus of the greedy film industry. 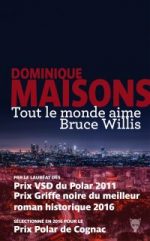