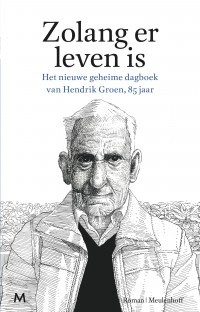 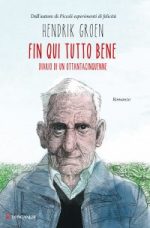 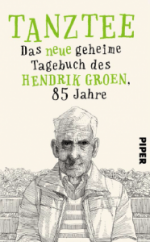 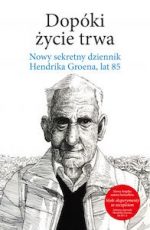 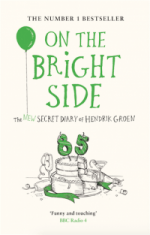 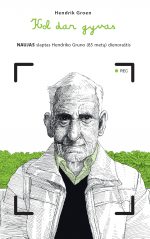 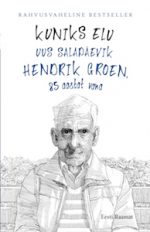 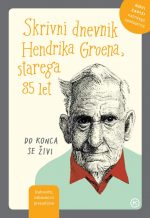 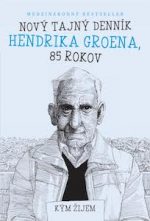 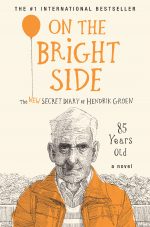 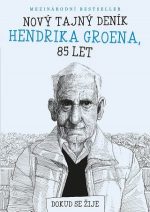 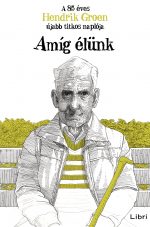 Highly entertaining…Wise and witty, his musings are thought-provoking and relevant to everyone regardless of age, and his delightful and charming personality will win over readers everywhere….ON THE BRIGHT SIDE is the diary of an extraordinary man who lives an ordinary life. He makes an impact on almost everyone he meets, and seeks to understand the crazy world in which he resides. His clever commentary and madcap adventures will leave a long-term impression … Hendrik Groen is an unforgettable and absolutely spectacular character who readers will wish they could befriend. —Book Reporter

Another amusing, enjoyable, and eye-opening read…Hendrik’s bluntness is just a part of his memorable voice and the book’s undeniable charm.…With its dry wit and its random observations, On the Bright Side is alternately quirky and profound. It’s more than just an entertaining read; it’s sure to give you a new love and respect for octogenarians.—Nights and Weekends

‘Groen dislikes complaining oldies, which gives him the opportunity to reflect on the trouble and affliction in the nursing home with ironic aloofness. It immediately makes him a sympathetic, intractable character. Hendrik Groen, in short, is a resounding success!’ – Volkskrant

‘Zolang er leven is provides us with an intriguing reading experience: as a painful analysis of a shrinking, dull world in decay.’ – NRC Handelsblad

‘Groen brings us a slow elderly people’s existence which is worth living and offers us wisdom, humour and joie de vivre. He all makes us a little less afraid of growing older.’ – Nederlands Dagblad

‘His book is a treat. Groen keeps his chin up and takes the process of aging with a pinch of salt and a lot of humour.’ – Leeskost.nl

‘I hope Hendrik lives to be a hundred, so we can still enjoy him and his adventures for a long time.’ – Christinabrouwers.wordpress.com

‘Hendrik Groen is delightful once again, charming, funny, straight to the point -maybe even more, because ‘obedient Hendrik is no longer’- and amusing.’ – Tessaheitmeijer.com

‘This book is for everybody to enjoy. Each day is reflected on equally as brilliant. Actuality, humour and the weight of life are brought together in perfect harmony.’ **** – Boekenkrant

‘For everyone who read his first diary Pogingen iets van het leven te maken, his second diary Zolang er leven is is an absolute must-read.’ – Ilonaleest.wordpress.com

‘Once again his second diary is presented to us in a humoristic and charming way, but serious subjects are brought up as well.’ – Naadspage.wordpress.com

‘This book takes over completely! There is only a single world left that counts: the old people’s home in Amsterdam-Noord.’ – Boekenbloggenderwijs.nl

‘A book that will regularly put a smile on your face.’ – Ons

‘Once again, this new diary of Hendrik Groen will make you laugh, cry, and at times all at once.’ – Relevant

Hendrik Groen is back! Over 120,000 copies (and counting…) have been sold of his first secret diary, Attempts to Make Something of Life, in which rights have sold to 35 territories to date—including the US and the UK, both after a fierce auction.

Like the first very successful diary, As long as there is life consists of many daily challenges, described in a very witty and satirical way, but tender and loving at the same time.

Since 2013 a lot has changed. The members of the Old-But-Not-Dead club are not getting any younger or healthier, although they did welcome two new members, Leonie and Geert, to fill the holes that Grietje and Eefje have left. Eefje has passed away, and Grietje, who has Alzheimer’s, moved to ‘the other side’ – the closed ward. Hendrik regularly visits Grietje and though she seems very happy, she doesn’t recognize him. Sometimes after he has visited her, he contemplates life and death, thinking about his wife and daughter and about Eefje’s death and her funeral. He misses her. A lot. ‘Love rarely has a happy ending,’ he writes. He realises that time flies. Many things have changed over the last few decades and he and the other elderly of the home are sidelined to the outskirts of society. But he and his friends take action: after a pause of several months, they bring back to life their Old-But-Not-Dead club and their good tradition of trips, as well as a chocolate workshop and a course in African percussion. They add a new idea as well: every few weeks they will dine in a restaurant of a different world cuisine – Chinese and Italian excluded.

Life in the home has its excitements as well: after a panic about fire regulations, Hendrik and his friends of Old-But-Not-Dead decide to stand for election in the resident’s committee. In their newly-elected position, they have regular meetings with the Manager, Mrs. Stelwagen, who is not very keen on making them any wiser than they need to be. She smiles politely and allows them some small victories to keep them quiet.

The second half of the year is marked by a personal tragedy: Hendrik’s best friend Evert has cancer, and the doctors only give him a few months. Initially, he only tells Hendrik. He doesn’t want anyone’s pity, and he hates complaining about physical discomfort. As winter approaches, Evert’s condition deteriorates and he gathers the courage to summon all his friends to his room and tells them about his rapidly approaching death. With the help of his son Jan, he has secretly arranged illegal pills to stage his own death. ‘That way I won’t have to bother anyone when it’s my time,’ he states. When Hendrik sees him on his last day, they drink a brandy together and toast, for the last time, to life and friendship.

After Evert’s death, Hendrik and his friends have a hard time keeping up their spirits. Although they are sure that no one can ever replace Evert, they decide to welcome two additional new members to the club.

Hendrik muses at the end of the year, that there will come a day that Old-But-Not-Dead won’t exist anymore. As almost all world news is dominated by IS terrorism, the refugee crisis and the crumbling European Union, what will people in 2016 remember when they look back at 2015? Only misery and death, or will they remember good things too? Like the Old-But-Not-Dead club, that heart-warming group of aging friends that make the best of it, as long as there is life. 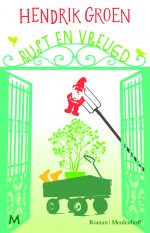 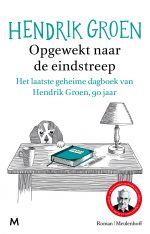 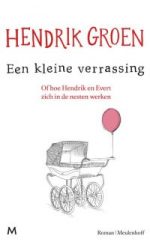 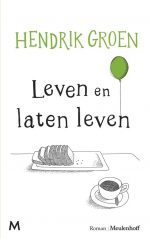