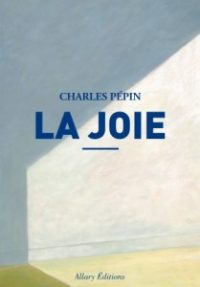 Charles Pépin’s new novel is a Candide of modern times, a “Stranger” by Camus which includes the taste of happiness—My Little Book Club

[Charles Pépin] has written a gem, which you read in one single sitting and which helps you to breathe. (…) “La Joie” is one of those rare books you devour at once and which then accompanies you with its new flavors.—Salon Littéraire

[Charles Pépin] says a lot through an endearing character who only wanted his joy to continue.—Livres Hebdo

In the vein of Camus de L’Étranger, a real joyous read. —Marie-Claire

Charles Pépin revisits Camus’s “The Stranger” in his own way, in a lighter-hearted manner but with as much talent, and even makes it a part of his philosophical dimension: when happiness is impossible, joy can be found everywhere—Le Figaro Littéraire

Do not deny yourself this happiness—Pleine Vie

A dizzying novel, that turns our way of seeing the world upside down—Elle

Joy is an unusual tale that raises many questions – starting with the freedom one has to think differently. The result is the story of a permanent escape—Le Parisien

A nice little novel: fluid, smart, and a structure that suits well his praise of simplicity.—L’Obs

A success that takes us to the shores of an exciting thought.—Le Soir, Belgium

There’s Camus and Voltaire in this limpid novel that pushes us to change our view of the world. —Avantages

Solaro isn’t looking for happiness—the hardships that he experiences make happiness out of reach. Yet, he is joyful. Spontaneously, he multiplies joyful moments – this crazy capacity to rejoice from an instant in life, or simply from what is.

His mother is hospitalized and dying of cancer, his small company on the verge of bankruptcy, his love life is chaotic, and a gang leader he ran into by accident wants to kill him. Still, he lives every moment snatched away from these difficulties fully, intensely, joyfully.

A perfectly measured coffee, a car ride with one of his favorite tunes, a night with his mistress, a mushroom omelet, or a glass of red Sancerre are many occasions of intense pleasure, of total presence. Solaro doesn’t expect anything, he doesn’t hope for anything, he lives in the moment, and thrives on adversity. But, from where does this vital energy come? Why does society end up making him pay for it?

Solaro is not naïve: he knows that his mother will die. He is not stupid: he knows that these joyful instances will not modify reality. But he lives by instinct that which certain philosophies teach, namely that joy is “crazy” and can spring forth in each one of us, at any moment. Even when everything goes wrong, joy remains possible.

Like his illustrious elders (Diderot with The Nun, Sartre with Nausea, and Camus with The Stranger), Charles Pépin chooses the novel format to give access to a philosophical work, which many readers don’t even realize it is: Joy is a novel for everyone, and can be read at several levels. 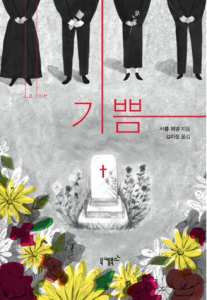 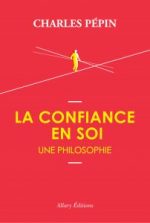 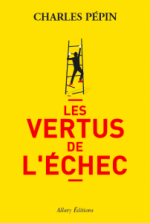