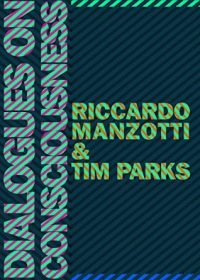 Over a period of many years, the celebrated English novelist Tim Parks and the Italian philosopher Riccardo Manzotti have been discussing the nature of consciousness. Not long ago, Parks suggested to his friend that they condense their exchanges “into a series of focused dialogues to set out the standard positions on consciousness, and suggest some alternatives.” Fifteen of the resultant conversations were edited by Parks and published in The New York Review of Books online—one of its most popular features ever.

Now collected into one slim but thought-provoking volume, the dialogues reveal the profound scholarship of the two men. Their talks touch upon Aristotle and William James, the Higgs Boson and Descartes, and include topics such as “Where Are Words?”, “The Body and Us”, “The Reality of Dreams”, “The Object of Consciousness”, and finally “Consciousness: What Is It?”. For those of us searching for insight into some of life’s most basic puzzles—how do we think? how do we perceive one another, and ourselves?—Dialogues on Consciousness will take its place alongside other classics of philosophy.

Tim Parks, novelist, essayist and translator, is the author of nineteen works of fiction, including Europa, shortlisted for the Booker. He is a regular contributor to both The New York Review of Books and The London Review of Books. He lives in Italy, where he teaches literature and translation studies at IULM in Milan.

Riccardo Manzotti is a philosopher, psychologist, and robotics engineer who has written more than 50 scientific papers and several books, among them The Spread Mind: Why Consciousness and the World Are One. A former Fulbright Visiting Scholar at MIT, he is now visiting professor at UAEU University (Emirates). 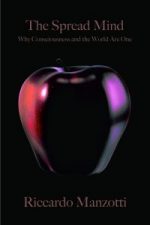