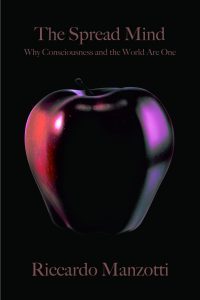 “The Spread Mind presents a game-changing idea, one that when recognized will take Riccardo Manzotti right to the top. . . . It is difficult when considering work so conceptually revolutionary as Riccardo Manzotti’s, to know whether one is looking at the real thing or an aberration. After long reflection, I am convinced it is the real thing.”— Tim Parks, author of In Extremis and Europa

“This book is only for those who can step aside to question their own worldview. The Spread Mind questions radically the currently prevailing concepts by some scientists and many science writers about consciousness. It makes me dizzy in a wonderfully precise way.”— Johannes Goebel, founding director of Experimental Media and Performing Arts Center (EMPAC) at Rensselaer Polytechnic Institute

“Despite decades of work, our best philosophical minds cannot explain how the brain, or matter, produce consciousness. It’s time to examine other options, and Manzotti’s The Spread Mind is among the very few works to do so. In locating experience outside the body, he opens the way for entirely new approaches to the mind.”— David Skrbina, author of Panpsychism in the West

“Manzotti reconceptualizes what we know in a subtle way and invites us to consider his radically fresh and outrageous perspective concerning the place of consciousness in nature. Much can be learned from this exploration even if one does not accept the conclusion. Manzotti is clearly one of the most original and provocative thinkers in consciousness studies at the moment.”— Paavo Pylkannen, author, Brain, Mind and Physics

Once we came out of the jungle and found time to think of something besides food, sex, and shelter, we confronted the fundamental questions: what are we? who are we? Is a person a body or a soul? How do we access the external world if we are nothing but brains encased in bodies?

As neuroscientists map the most detailed aspects of the human brain and its interplay with the rest of the body, they remain baffled by what is essentially human: our selves. In most of the existing scientific literature, information processing has taken the place of the soul. Yet thus far, no convincing account has been presented of exactly where and how consciousness is stored in our bodies.

In The Spread Mind, Riccardo Manzotti convincingly argues that our bodies do not contain subjective experience. Yet consciousness is real, and like any other real phenomenon is physical. Where is it, then? Manzotti’s radical hypothesis is that consciousness is one and the same as the physical world surrounding us.

Drawing on Einstein’s theories of relativity, evidence about dreams and hallucination, and the geometry of light in perception, and using vivid, real-world examples to illustrate his ideas, Manzotti argues that consciousness is not a “movie in the head”: it is the actual world we move in.

Riccardo Manzotti is a Professor of Psychology at the Institute of Human, Language and Environmental Sciences at the University of Milan. He holds a PhD. in robotics and is the author of more than 50 scientific papers. A former Fulbright Visiting Scholar at MIT, Manzotti is an associate editor of the International Journal of Artificial Intelligence and Medicine. Over a period of many months, The New York Review of Books has posted an extended series of conversations between Manzotti and the novelist Tim Parks on the nature of consciousness. 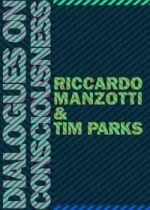