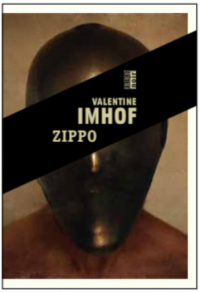 A great crime novel, mixing psychology, sexuality and violence, during an intense and rhythmic investigation.

When they met, she was very young. He made her wear a black wolf, he called her Eva, he taught her to play with the fire. He was the master of her emotions, of her will, of her suffering. He lost her.

Wherever she is, wherever she is hiding, he is missing her, he is convinced. He keeps looking for her, his Zippo lighter in hand, which she will recognize among a thousand. This unique sound when he opens the thumb before rolling the wheel, and the dry snap of the hinged hood that stifles abruptly the flame charms his loneliness on the ninth anniversary of their meeting.

But as she is slow to reappear, he decides to leave her messages. And make the police panic. Because these burned-faced blondes found dead on the Lincoln Park benches in Milwaukee, they are breaking hearts. Lieutenants Mia Larström and Peter “Casanova” McNamara will have to make peace to go back to the arsonist killer. Even more, unravel their share of fury and the night, struggle with the questions that roll in their heads till exhaustion, confront what no brainwashing could extract from their memories.

With this fiery novel where leather-masked investigators hunt down the holder of a gasoline lighter in bondage boxes, Valentine Imhof opens the reliquary of the pains of the past and gives us fever.