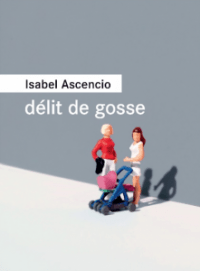 Jeanne and Marie have been living together for three years. One is from a provincial upper- bourgeois family, while the other is a native of Mauritius. They met each other in Barcelona and were instantly smitten, Jeanne having just broken off her engagement with François-Henri, her childhood sweetheart.

It is 2012 (the year of the demonstrations against same-sex marriage) and her younger brother has announced that he is getting married. Jeanne, who dreams of having a child but can’t imagine conceiving one in a traditional arrangement, hatches an outrageous plot. At her brother’s wedding, she will have plenty of opportunity to seduce François-Henri once again and make a baby with him there and then as the festivities reach their height. As for Marie, she will attend with Mano, their gay scriptwriter friend, and they will play the part of a glamorous Parisian couple… A pitch worthy of a second-rate TV series, as they freely admit, and it is a heist caper in which the target is the sperm of the ex-fiancé…

Born in the Var in 1967, Isabel Ascencio teaches literature in the Jura. She is the author of two novels published by Verticales, Drama Queen (2012) and Un poisson sans bicyclette (2014), and of two others published under the name of Isabel Esteban published by La Cerisaie: Personne ne dort (2007) and Les Pieds de Sam (2008).