The Yan Family. A family at the center of one hundred years in Chinese history 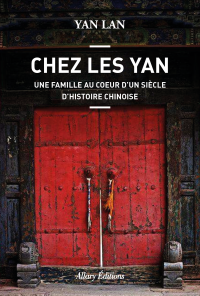 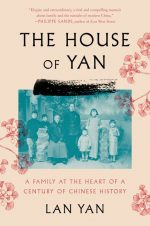 The Yan Family. A family at the center of one hundred years in Chinese history

A powerful memoir… A thoughtful, astute narrative that helps Western readers understand the rise of the new China from the ashes of terror. — Kirkus *Starred* Review

Currently a banker responsible for Lazard in Greater China, she reigns with this book, the accounts of her personal history, and exorcises the past of China. — Le Monde

Majestic. Banker at Lazard, Yan Lan pulls the strings of business with the Chinese. — Le Point

In continental China, the land of her Mandarin ancestors, imperial then ‘red’ – always close to power, shaken by the tremors of history but never defeated – Lan Yan welcomes and advises the biggest Chinese companies. — Le Point

There is no room for revenge nor anger. Yan Lan is a pragmatist. — Libération

With the Yans, we dive into the heart of our planet’s history. The very size of China requires us to consider it as a large part of our own history … that is oftentimes overlooked. — RTBF

We feel your fear of being a little girl in this book. It’s very moving. Your book is a page-turner, not only because we see your history running parallel to China’s, but also for the quotes at the beginning of each chapter. — RTS

Yan Lan retraces her family’s saga from a child’s point of view, a lump in her throat yet without lament. — Le Journal du Dimanche

This family saga recounts the transformations China has undergone since the early 20th century to present day.

Yan Lan grew up surrounded by the most powerful men in China, from Zhou Enlai to Deng Xiaoping. Her grandfather, initially a comrade-in-arms of the nationalist Chiang Kai-shek, later embraced the Communist cause and became a secret agent during the Second World War. Her father Yan Mingfu was a diplomat and Mao’s personal Russian interpreter. He is the only living witness to the discussions held between Mao and the Soviet leaders, but the Yan’s family life was turned upside down by the Cultural Revolution.

Lan was nine years old when the Red Guards burst into the family apartment one evening. Her grandfather was thrown in prison and died seven months later and her father rotted in prison for seven-and-a-half years. Her diplomat mother Wu Keliang was accused of being from a counter-revolutionary family and was sent to a re-education labour camp where she would spend the next five years with her daughter.

In recounting her family history, Yan Lan brings to life a century of Chinese history from the last emperor to the present day, including the Cultural Revolution which tore her childhood apart. The reader obtains a rare glimpse into the mysteries of a system which went off the rails and would decimate a large swathe of the intellectual, economic and political elite of the country. But China got back on its feet and the history of the Yans after Mao’s death echoes the renaissance of the country.

The little girl who was crushed by the Cultural Revolution has become one of the most active businesswomen in her country. In telling her and her family’s story, she serves up an intimate account of the history of contemporary China.

Winner of the Prix Simone Veil 2018