The Woman Who Ran Away 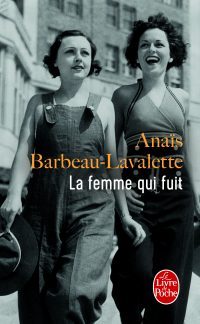 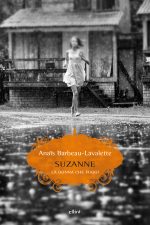 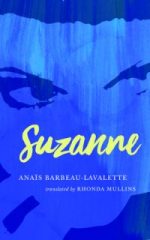 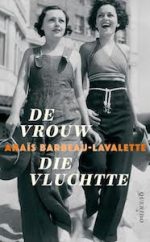 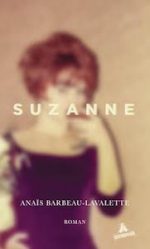 The Woman Who Ran Away

It’s about a nameless despair, an unbearable sadness. But it’s also a reflection on what it means to be a mother, and an artist. Most of all, it’s a magnificent novel. – Les Méconnus

This book has touched me as a mother and as a journalist. I was seduced by the author’s direct style: her short sentences, her rhythm, and was moved to tears. — Anne-Marie Dussault, Ici on lit : Les incontournables Radio-Canada

With a rare talent for writing, the author gives us a narrative as tonic as it is poetic that grabs us from the first lines and does not let go, a pure jewel of emotions. Dazzling! — Chrystine Brouillet, Salut, Bonjour!

What a book! (…) impossible to let go of this magnificent text. (…) At LIRE, we bet that also in France, this woman who ran away will make us talk about her. — LIRE

A literary and humain gem, a dazzling jewel! — L’ Express

“In the same vein as Nothing Holds Back the Night. Heartrending.” — ELLE

Le Livre de Poche made a great choice in acquiring rights for this novel, I take my hat off to them! (…) It’s very beautiful, you won’t be able to let it go, it could be a Xavier Dolan movie! — Olivia de Lamberterie, France 2, Télématin

The author narrates in a poetic and pictorial language (…) Mysterious for some, revolting for others, here is the portrait of an imperfect and humane heroine even in her inhumanity. — Madame Figaro

Short and lively chapters, simple phrases from which poetry spatters, and, although it is both strange and obvious, empathy. […] This novel poses courageous questions, questions of a maternal love, perhaps less sovereign than is believed. — Le Point

[…] An investigation  that combines exaltation and grief […] a heartrending novel, that ends with a reconciliation. — ELLE

On a taboo, violent and unbearable subject, Anaïs Barbeau-Lavalette delivers with her beautiful writing a magnificent and moving portrait. — Le Parisien

An exciting panorama of the cultural history of Quebec. — Psychologies Magazine

This exquisite novel is a tribute to beauty, to creation, to life itself. Vulnerable and magnificent and heartfelt, all at once. — Québec Reads

Eighty-five years of art and history through the eyes of a woman who fled her family – as re-imagined by her granddaughter.

Her name was Suzanne Meloche. She was with Borduas, Gauvreau and Riopelle when they signed the Refus global (Total Refusal) manifesto, in 1948. She started a family with the painter Marcel Barbeau. Then abandoned her two children at a young age.

The Woman Who Ran Away, winner of the Prix des libraires du Québec and a bestseller in French, is a fictionalized account of Suzanne’s life over eighty-five years, from Montreal to New York to Brussels, from lover to lover, through an abortion, alcoholism, Buddhism, and an asylum. It takes readers through the Great Depression, Québec’s Quiet Revolution, women’s liberation, and the American civil rights movement, offering a portrait of a volatile, fascinating woman on the margins of history. And it’s a granddaughter’s search for a past for herself, for understanding and forgiveness.

In order to learn about the life of the grandmother she never knew, the author hired a private eye, then wrote this book based on what he dug up. Through this portrait of an explosive woman who remained on the sidelines of history, Anaïs Barbeau-Lavalette offers readers reflections of rare intensity on subjects like freedom, filiation and creativity, as well as a text addressed directly and unapologetically to the woman who hurt the author’s mother in a way she never recovered from.