With a View Below the Sea 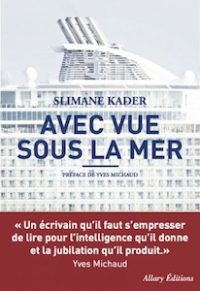 With a View Below the Sea

The exact opposite of [the 1970s TV series] THE LOVE BOAT, this passionate and well-documented book about the travel industry’s shadow side is accompanied by a preface by philosopher Yves Michaud, who has thought a lot about luxury and tourism. — GQ
This title is not to be missed. It contains so many qualities: It’s hilarious, it’s terrific. It’s a sociological inquiry as well as a bildungsroman, a fable as well as a Gulag memoir. — Elle
Passionate, terrifying and hilarious at the same time. Welcome on board. — Le Nouvel Observateur
The author is an enigma, the trip to die laughing, his language musical, inventive, his humor breathtaking. — Le Canard Enchaîné

With a View Below the Sea is an exceptional testimony in which the author recounts his life as a modern slave in the hold of a gigantic cruise ship.

“Do you know the Pyramidia hotel in one of the Parisian suburbs? That’s where it all begins. In a lobby. Between the counter and two ficus plants. Opposite a sign that says ‘Magic Cruising Meeting Place’.”

One morning, Slimane Kader decides to get a job on a cruise ship in the Caribbean Sea. Bye bye rough Parisian suburbs, hello Miami! But he won’t be seeing much of the palms nor doing much farniente.

He ends up being a handyman in a floating city, which carries 8,000 passengers. 6,000 of them have a view of the sea: the tourists. The other 2,000 live below the sea level: they are modern slaves, whose task it is to meet the desires of the upper floors. The Chinese are in the kitchen, the Indians in the laundry room, the Mauritians take care of the service, the Mexicans do the cleaning. Slimane, a young Frenchman of Kabylian descent, finds himself at the bottom of the ladder: he is the ‘joker,’ assigned to perform the most menial tasks as needed. He has to drain the water that floods the holds when the tourists are taking their showers, spray extremely powerful aerosol bombs to destroy the carpet of cockroaches covering the floor of the engine room, empty filters of the robots that clean the pools, carry the ingredients for a batch of 20,000 cookies, etc. He does everything, and tells it all. He shows the other, dark side of mass tourism.

Told with the same verve and humor we found in Kader’s first novel Wam, With a View Below the Sea is much more than an exceptional testimony: it is a book that has surged from a blind spot in our contemporary society, from which usually no literature arises. 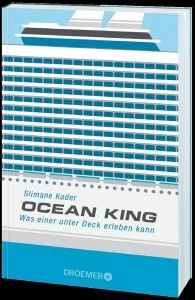 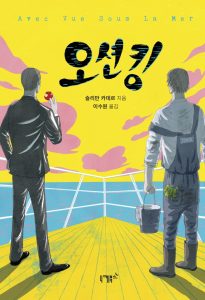 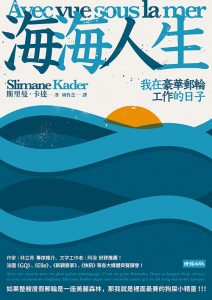 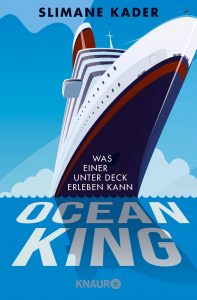 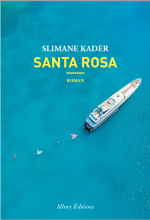