I Will Not Leave You 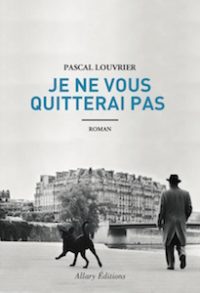 I Will Not Leave You

Pascal Louvrier admirably masters his subject, which he adapts in a fascinating romantic manner, and with style. A stunning book.—L’Express

At the start of his career as a novelist, Pascal Louvrier hasn’t listened to anything but his own pleasure. He was right to do so.—Livres Hebdo

Famous writer Jacques Libert knows that his days are numbered, and retires to his home in the north of France, on a cliff that overlooks the English Channel. He recently turned in a novel to his publisher that recounts his private life, the destructive passion he lived with his wife Laure, and her mysterious death. His publisher rejoices in having a last novel from Libert even if in this text, albeit personal, the latter has carefully omitted the other grand adventure of his life: his role as special advisor to François Mitterrand. As a man in the shadows, Libert maintained an intimate relationship with the most novelistic French president, a man who lived as if he was a character from a novel. From their first meeting in 1959, after a fake assassination attempt staged by Mitterrand himself, until his death in 1994, Libert always stayed close to him. But he never said anything nor wrote about their friendship.

It’s 2012 now, and Libert knows it’s his turn to die. He meets Louise, a philosophy student, who becomes his housekeeper.

A friendship is formed. To Louise, he finally opens up and accepts to recount his experiences at the side of the former President. Their intimate dinners, official trips, walks in the park of the Elysée, staging of a minister’s funeral, his heroic fight against his illness, his final speech to the French (referred to in the title of the book, Je ne vous quitterai pas)… the President was the salt of his life. More than anything, Libert admired his disobedience to the liberal, bourgeois order which Libert himself fought against relentlessly.

But what is the nature of the indestructible friendship that linked him to the President? And who hides behind Jacques Libert, this sentimental and political manipulator? And the young, beautiful, and mysterious Louise, what role does she really play?

Pascal Louvrier is the author of numerous biographies (George Bataille, Paul Morand, Philippe Sollers, Françoise Sagan, Fanny Ardant…). His work as a ghostwriter helped him meet many powerful men. I Will Not Leave You is his first novel.