Where We Used to Dance 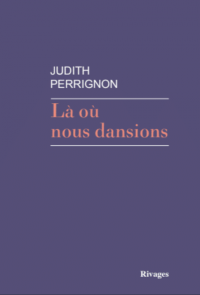 Where We Used to Dance

Detroit, 2013: Ira, from the city’s elite police squad, is contemplating the ruins of the Brewster-Douglass Housing Projects. A murder was committed a few days ago in this neighborhood, which happens to be where he grew up. Yet another one. The victim cannot be identified. To find the perpetrators, he could cross the street, or else he could think about the buildings’ history. Consider the fact that when the buildings were opened in 1935, by Eleanor Roosevelt, it was the first time that affordable housing was made available to African Americans. He could remember Roselle, his grandmother, who moved her family there in hopes of a better life; and Geraldine, his mother, who spied on her young neighbors Diane, Flo and Mary, who would become famous as the Supremes!

So much hope and so much talent had bloomed inside those walls which were soon to be knocked down. Now there is nothing but silence, and a crime committed beneath the vulture-filled sky. What happened? When did the dismantling of the city begin, when were its inhabitants first abandoned? Ira digs through his own past and his Uncle Archie’s memories, while Sarah, a forensic scientist, works tirelessly to try to identify the victim. Through the power of literature, readers learn the history of a tough, proud, and musical city that was broken by racism and economic violence. And then a young French street artist who thought that another world could emerge from the chaos of capitalism adds his own violence.