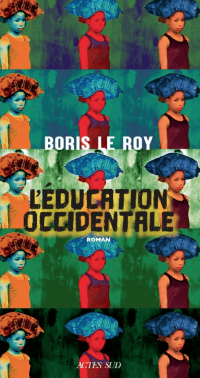 Novel of globalization, this magnetic book provokes chills, and confirms that any revolution is a return to the starting point. It is therefore the time to forget the Grand Soir and to participate in the evolution of the world. — François Xavier, Salon Littéraire

Panting, staggering, like a thriller with a confusing narrative systematism, but who dares to dive into the intimate and political roots of evil.  — Agnès Freschel, Zibeline

Ona arrives in Abuja with a clearly defined mission: to help develop the forensic capacities of the police throughout west Africa. But when an attack requires her presence at the scene of a violent explosion to perform the initial examinations and she has the impression that she recognises the face of her chauffeur, who disappeared a little while ago and the very analytical Ona cannot resist formulating theories or the temptation to solve the case herself.

The novel takes us inside the head of the young woman as she compiles an inventory of the evidence strewn across the crime scene. We follow her trains of conjecture, which sometimes exceed the bounds of objective analysis, and her confrontation with the horror of the here and now as she attempts to reconstruct the events leading up to a man’s tragic demise.

The narrative pays great attention to detail and is underscored by the ethical stance of the author. This attentiveness and admirable patience is the great strength of L’Éducation occidentale, which addresses questions that are both deep and painfully topical while also delivering a suspenseful account of a fascinating investigation.

Born in 1972, Boris Le Roy is the author of two novels published by chez Actes Sud: Au moindre geste (2012) and Du Sexe (2014). He wrote L’Éducation occidentale after living for several months in Nigeria.