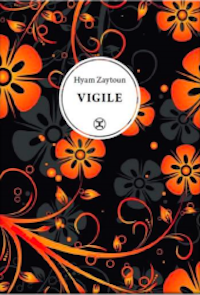 “A luminous and powerful book, full of hope and love” — Tatiana de Rosnay

How can the urgency, the terror and the pain of a life disrupted by the nightmare of a brutal loss be narrated? This novel is a hymn of love.

An unusual noise, a grunt, wakes up the woman in the middle of the night. She thinks that her boyfriend is teasing her. She is exhausted and anxious. She really needs to sleep… He is probably making fun of her snoring. However, the now silent room worries her. When she switches the bedside light on, she realizes that the heart of the man she loves has stopped beating.

With a rare intensity, Hyam Zaytoun shares the experience of a traumatizing night and the following days during which her partner, put in an induced coma, is on in the anteroom of death. Vigil, written five years after that night, is a powerful and moving read, both because of the violence of the trauma that is described in the book, but also because of the declaration of love that illuminates the text. Concise and right to the point, this story will stay with the reader for a long time.

Hyam Zaytoun is a 43-year-old French writer. She is also an actress and is often seen on stage, on TV or on the big screen. Among other things, she’s starring in the French TV series The Bureau and writes movie scripts. Her radio drama I learn how to speak Arabic was broadcasted on the French radio (France Culture) in 2017. Vigil is her first novel. 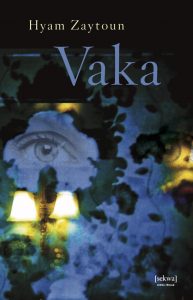