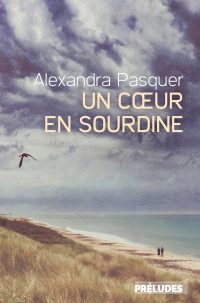 1975: Marie lives in Sherbrooke, in Southern Quebec, just 30 miles from the American border. A dressmaker, she has been married to Ghislain for over 30 years – they are happily married with wonderful children.

1944: When John gets called up, he’s not happy about shipping out to France. But the Allies need him, and his memories of D-Day will never fade, nor will those of Wendigo, the Native Canadian with whom he soon built a bond that would never be broken. Marie, the French Canadian, lives in Québec. John, the English-speaking Canadian, settled in Normandy. An ocean lies between them. And yet… What if the war stifled their dreams? And what if, decades later, memories from the past come to haunt their present?

Inspired by a true story, A Muted Heart is an intimate tale woven onto the backdrop of history, describing lives disrupted by fate and by choices imposed on us. A vibrant and moving portrayal of Canada and its inhabitants: despite a sometimes painful past, it is still a land of hope.