Tortured on the Rhône 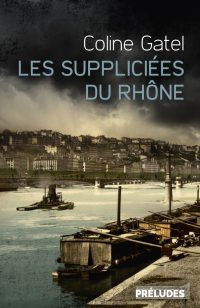 Tortured on the Rhône

The author narrates this vanished Lyon, its inhabitants, its uses, with an exciting precision.  — Le Progrès

In this first novel inspired by characters who really existed, Coline Gatel reconnects with the codes of the historical polar by exploring the first steps of criminology. Thrilling. — Version Femina

Everything is calibrated to create a page-turner thriller, where history serves as a backdrop to a perverse intrigue. — Historia

Tortured on the Rhone is a historical crime novel set in Lyon at the end of the 19th century, at a time when legal medicine was only just beginning, and Alexandre Lacassagne was in charge.

When Lacassagne names one of his forensic medical students, Félicien Perrier, as the head of the team he wishes to train, he is not yet aware of having created the very first ‘forensic expert’.

Joined by by Irina, a pseudo-Polish freelancer, and Bernard, a Jansenist rifleman, Félicien will work with his team to unravel, one by one, the entangled threads of this investigation, set in the heart of Lyon, a city filled with respected figures of authority, opium addicts, and angels.

What is unusual about this team? Besides their three slightly troublesome personalities …

They don’t work in any ordinary office, it is a peculiar boat moored to a wooden platform at the Lyon morgue, a sinister place that reeks of death.

The aim of the investigation is to track down a serial killer who targets young women wanting to have an abortion. The killer leaves them in agony, covered un blood, with a sordid message slipped into their uterus.

The team’s first investigation is full of wrong turns and dead-end suspects… until unexpectedly the culprit reveals themselves, leading Félicien Perrier to cross the limits of what he thought possible as the young doctor is pushed beyond his limits.

Coline Gatel is from Saint-Etienne, but she has a passion for the Haute-Loire, as it is the region of her ancestors. She now lives in the Morvan, where she has made a home for herself and devotes herself to writing.