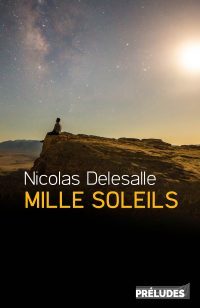 What a surprising and novel read! It’s like we were transported right to La Pampa!!! — ​Betty Nizan, Super U Savenay

Four erudite characters passionate about the stars and astrophysics are on board a 4×4, traveling the rugged roads of Argentina to reach an exact point from which to observe the heavens and the Milky Way. Each has their own reasons for making the journey—regrouping after an emotional defeat, escaping an extraordinary bout of hard luck, etc. But then an unfortunate turn of events compromises this team.  Enjoyable writing that paints touching and honest portraits, their personal journeys, joined by beautiful slices of description. A true pleasure to read. Superb. ​ — ​David Goulois, Cultura Chambray Les Tours

This is an astounding novel, intense in content, but superbly well-written. The phrasing is poetic, the subject matter deep on the meaning of life, on what can cause someone to cross over from one side to another…The characters of the different protagonists are presented with finesse, over the course of the hours where their destinies will be turned upside-down. — Cassiopea, Libfly

A profoundly captivating novel touched by a particular poetry on the meaning of life. — l’Etudiant Autonome

This book takes us from a dramatic read to its own ode to life. Nicolas Delesalle shows us the necessity of living life in the moment, because in just a fraction of a second, it can flip itself upside-down. — Sarah Ponzo, librairie Page et plume, Limoges

While delivering a breathtaking, real adventure novel, Nicolas Delesalle speaks to us of the world with sharp wit and poise. He focuses on the weakness in all of us, a certainly lucid outlook imbued with a sardonic goodwill that makes us laugh as much as question ourselves and the world around us. — Mots pour Mots

A book that makes us search and find ourselves, tugging at our heartstrings and touched by just the right words. — Libellule Livresque

There are four of them, traveling in Argentina, all there because of their work. Vadim the silent one, passionate of particle physics; Alexander the handsome one who installs solar panels; Wolfgang the dreamy astrophysicist, specialized in ultra-high energy cosmic rays. And there’s Simon, the youngest — who systematically asks Clint Eastwood for advice before making a decision — who is writing an article for the National Center for Scientific Research.

They have a 200 kilometer-drive ahead of them before boarding their plane in Mendoza. In the course of a split second, their existence will change forever.

With this daunting and oppressive story, Nicolas Delesalle plunges the reader into an atmosphere similar to Douglas Kennedy’s The Dead Heart and delivers a story of intense emotion riddled with sublime landscapes and tragic moments, but also humor and poetry. A relentless race against time, a succession of times chapters in which from one second to the next, anything can happen.

From the same author:

THE SMELL OF CUT GRASS

SONG OF THE SEA

A book that makes you dream. Exceptional – France Info

A shocking window onto the contemporary world – Lire 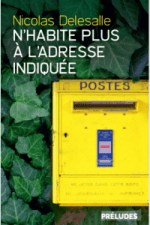