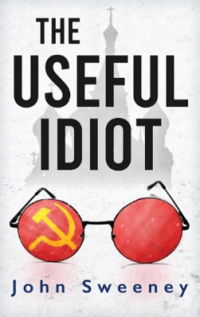 Based on the terrifying and tragic true story of Gareth Jones, the Welsh journalist who first told the world about the famine in the Soviet Union in 1933.

‘THE USEFUL IDIOT is a rare find: an insightful, frighteningly intelligent thriller that cuttingly exposes the way we’re all complicit in our governments’ lies – and that fake news isn’t merely a modern phenomenon. A gem of a novel.’ – Robert Dinsdale

Moscow, 1932. Gareth Jones is a young Welsh reporter who has developed Communist sympathies following the Miners’ Strike in 1926, where he witnessed a young boy crushed to death by a police van. He wants to write about what he saw, but the district editor of his paper won’t run the story. Looking for a fresh start and eager to make his name in journalism, he arrives in the Soviet Union, excited to see for himself the new system being forged by Josef Stalin.

On his arrival he bumps into a British engineer, Harold Attercliffe, who warns him about something called the GPU and gives him an envelope. Inside, Jones finds a photo of Kapital Lyushkov, the head of the Cheka, the Soviet secret police, and German officers standing by a tank somewhere in Russia – a direct breach of the Treaty of Versailles.

Johns meets American and British journalists who acclaim Stalin’s great experiment, among which the cynical but savvy Walter Duranty of the New York Times, and he falls madly in love with the beautiful and mysterious Ukrainian translator Evgenia.

When Jones sees a young mother leave her dead baby by a Lenin statue in the heart of Moscow, outraged and shocked, he asks Duranty who, just like everyone else, makes nothing of it. Evgenia passes him and whispers in Welsh to hold his tongue. But how can she speak Welsh so fluently?

When Jones starts to realise that behind the happy façade put up by the Russian government lies the horror of collective starvation, his admiration for Duranty withers and his belief in the revolution is shattered. He must decide whether to do his job and write honestly about what he sees, or become yet another ‘useful idiot’, saying only what the Communist Party allows and smothering the evidence of his own eyes.

In this special kind of hell, anyone could be an informer, and Jones knows his life will be at risk if he is even suspected of defying the regime. The Cheka, where the pitiless Lyushkov makes the rules, has the power of silencing any opposers unchallenged. More people begin to disappear and to die.

It’s January 1933 and in Berlin Hitler has been appointed Chancellor. Jones watches and mingles with other western journalists, corrupted by sex and power, not questioning Stalin’s man-made famine. But if he tells truth to power, will he too be silenced forever?

He learns there is a small group of underground resistance amongst the foreign expats of Moscow. But whose side is Evgenia really on? Is she a spy? Is her attraction to him just an act?

In a harrowing and dangerous journey escaping Moscow and through Ukraine, Jones will risk everything, and the woman he loves, to carry a film reel, the only evidence of the terrible truth to be revealed to the world – or it will be his word against the Soviet Union…

In The Useful Idiot, John Sweeney presents real history of enormous significance – events which will lead the world to the brink of nuclear holocaust, to the Cold War, to Chernobyl, and today’s global political tensions – wrapped up in an electrifying novel and a tragic love story.

The many people who watched Chernobyl will be drawn to this novel as it explains some of the political history, systems and behaviour which would lead to the nuclear reactor accident, as well as showing that fake news has been around for much, much longer than Donald Trump.

And The Useful Idiot  is the secret history of the first great Soviet lie. As Vladimir Putin rewrites the Nazi-Soviet pact and with the horrors of Chernobyl and the Cold War so recent, this thriller of “fake news” in 1932 is real storytelling of enormous significance. 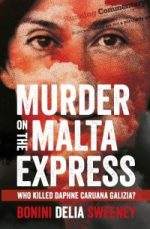