The Tyranny of Fools. On Grotesque Power 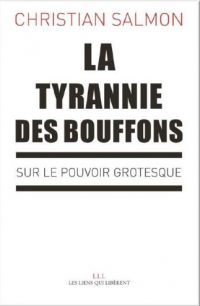 The Tyranny of Fools. On Grotesque Power

The coronavirus pandemic has had a magnifying glass effect on a new form of tyranny that is unfolding on a global scale, the tyranny of fools. An essay on modern forms of manipulation.

Buffoonery, most often seen in the realm of comedy and farce, is being used to orchestrate the resentment of the crowds, to awaken old sexist, racist, anti-Semitic demons. This book tells their story. From the election of Trump in 2016 to that of Boris Johnson in 2019, it reveals the behind-the-scenes of the political carnival that has become the world’s political scene.

Trump and his cronies have challenged the democratic system. They do not aim to reform or transform it, but to mock it. As a result, we are witnessing an inverted carnival that puts the values of the grotesque at the top of power and asserts their legitimacy on social networks and reality TV. The democratic framework is only use to speculate. They are heroes of mistrust who have built their success on a paradox: establishing their credibility on their ability to discredit the “system”.

Trump pioneered, but in the last four years it has continued to expand its empire beyond the borders of the United States: Jair Bolsonaro in Brazil, Rodrigo Duterte in the Philippines, Boris Johnson in the United Kingdom, Matteo Salvini and Beppe Grillo in Italy, Jimmy Morales in Guatemala, Narendra Modi in India, Viktor Orbán in Hungary, Volodymyr Zelensky in Ukraine.

The tyranny relies on the power of social networks and the strategic use of big data and algorithms. A new generation of political advisers has emerged: PhDs in computer science, capable of exploiting the political potential of the Web and channelling the anger born on social networks to the election days.